Our latest homesit at Oturehua, Central Otago is already proving memorable. Our charges are three dogs each with a distinct personality, an aged cat and three chooks. After some initial snarling Penny and Aliyah another foxie are friends and delight to chase the gentle sheepdog Ben all over the yard.

TJ the ancient cocker spaniel prefers to follow me around when not sleeping or gazing at me soulfully (now I really know what that word means). Charlie the cat is of course the boss of the lot! 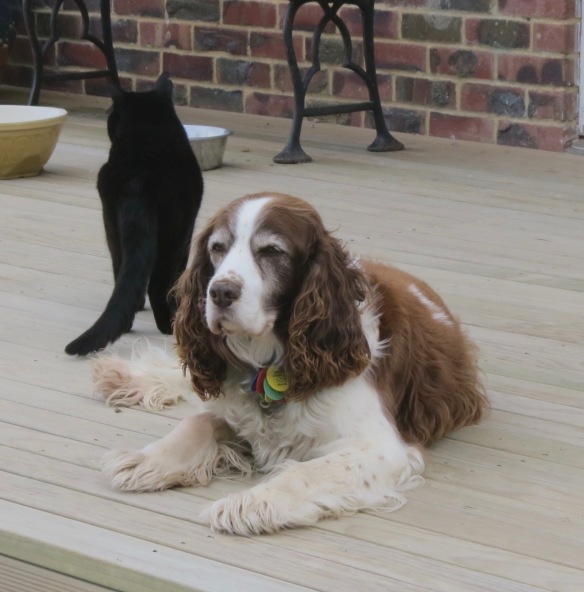 The rooster is a new addition, very bedraggled looking with no tail feathers but seems happy with his harem of two very fat hens who mostly lay two eggs per day. It is an absolute delight watching all the animals interact. 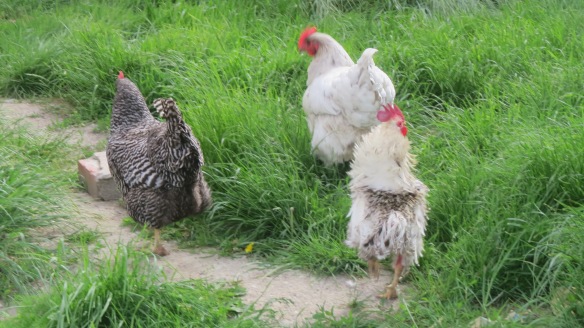 We are in a comfortable oldish farmhouse down a long drive, part modernised, with a huge deep blue Rayburn wood-fuel cooker dominating the kitchen. Neither of us are familiar with this type of cooker (the one Dave’s mother had was coal-fired) and also being the latest version it has all sorts of bells and whistles, aka levers, dials, etc. (note the plurals). 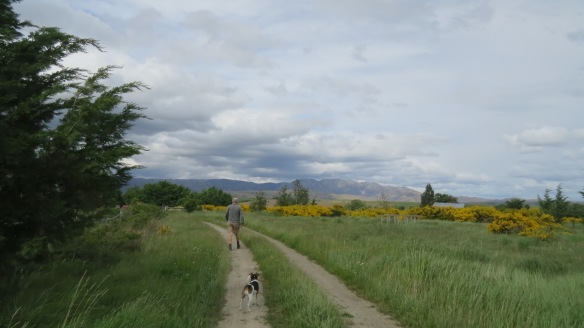 Our bedroom has THE most glorious views and catches the morning sun. Currently it is broom flowering time and a huge swathe of bright yellow dominates the landscape.  Over to the other side some snow can be seen on the mountain tops. 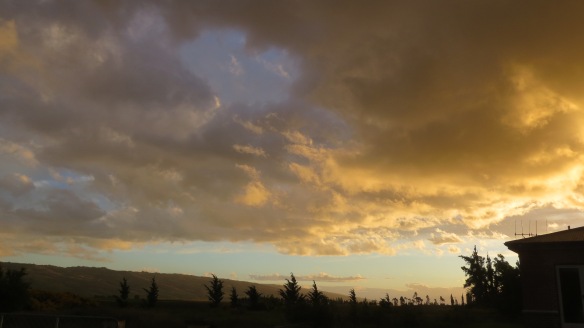 Yes it’s a wee bit chilly particularly in the mornings!

Two other memorable things happened recently. We had a hideous puncture on our first trip to the Oturehua township, the tyre was a write-off and a new one had to be ordered. The other thing was my cochlear implant went missing for two days. We turned the bedroom and ute upside down and inside out then it was finally discovered in the living room, sitting smugly on top of a book on a bookshelf in plain view, at least if you just moved a chair a little!

Dave has been feeling energetic and eager to try out the big lawnmower and also a huge scythe, so we have been literally making hay for the past two days. The grass around the house was very long as the owner was waiting for the daffodils to die down. Dave needed a bit of a rest afterwards – well deserved.

Today we took off for Alexandra, about 50 km away, intending to do some shopping. We collected the new tyre at Omakau on the way. The historical store in Oturehua stocks most basic things but it is nice to visit a big supermarket once in a while. I must remember to take a photo of the store’s interior; it is well known to many photographers.

After managing to escape from the house with all dogs bar Penny (who always travels with us) safely inside the gate, we turned out of the front gates to encounter the next obstacle.. ….

Arriving in Alexandra the first thing we saw  was a Friday Street Market, so instead of going to the supermarket what did we do….? 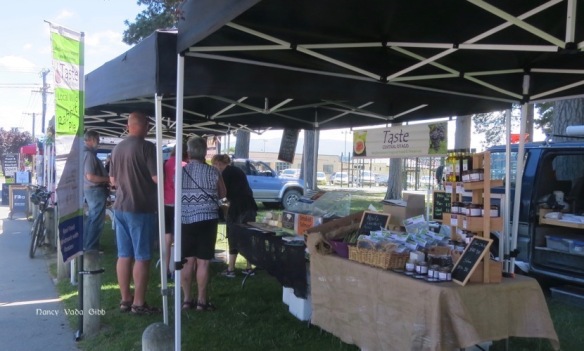 We must have spent almost $100 on several goat cheeses, fig and olive tapenade, Dunstan wine, hand-made lamb and thyme sausages, special smoked bacon and a huge pot of manuka honey.  After tasting most of them too. There was just room left for a spot of lunch at the charming little heritage cafe in the main street.

We returned ‘home’ via Ophir and a back road through very productive, newly-mown and ploughed country, something not seen so often from the highway in this particular part of Otago. We’ve been to Ophir before so didn’t stop except I insisted on taking photos of this olde world cottage hospital covered in the deepest red roses.  Beautiful. 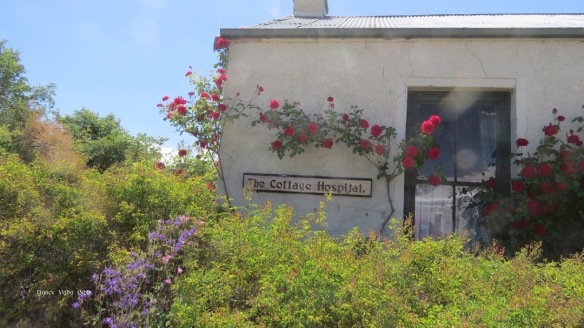