On Saturday 12 November our friends Graeme and Barbara arrived from the north island, having been lucky to catch one of the early Saturday ferries; later ones were cancelled due to rough weather, then sailing resumed in the late evening.

So we all had a nice dinner and went to bed and then just after midnight were very rudely awakened by the caravan rocking and rolling, far too much to be merely the wind. It felt rather like being in a boat in a rough cross-sea. It was pitch dark outside, nothing to see except the huge Super Moon. Thank goodness for social media, nothing about the earthquake came up on the TV for ages and without being able to listen to the radio, we would have been in some confusion. As it was we knew all about the tsunami threat long before it came up on the TV. The orchard is about 7 km from the coast but not within the danger zone so we decided to stay put, if fully dressed “just in case”, as did most of the other orchard inhabitants.

Penny, old earthquake hand that she is, soon went back to sleep and the subsequent aftershocks didn’t even wake her.

In this map the orchard is the wider long green oblong near Ouruhia with lots of little green flecks  (trees) and at one end some white objects – that’s us and about 12 other caravans/motorhomes/buses. The second map, smaller scale, shows a corner of the tsunami danger zone where evacuation was ‘advised’ although not required. The coastline is just out of sight on the right. 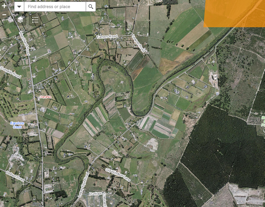 it was devastating to follow the news about Kaikoura and the lovely coast road which we have travelled so often. No to mention the seal breeding grounds and in particular the pup nursery and waterfall which we’d visited a scant three weeks earlier. Here are two photos again:

Barb and Graham were doubly lucky as apart from not being stranded for 12 hours on the evening ferry, they’d had all their belongings shipped south a week earlier.

Sitting in the caravan in the orchard we’ve barely felt the aftershocks; the caravan moves slightly  when anyone moves around inside so we are all so used to the slight movements we don’t notice any extra ones.

At least Christchurch was spared this time. The following weekend we went for a great walk on the beach with Asti and her tiny dog Evvie; but signs along the way to Brighton Beach – houses still under repair, red-zoned land, rough roads –  reminded us of those earlier devastating quakes. 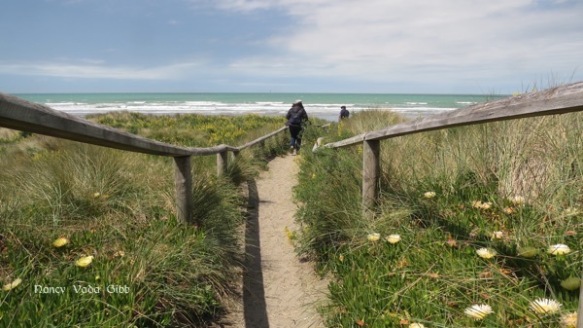 That same weekend the Motukarara Races were on; we’d known about them for years but never managed to be in the right place at the right time before.

The racing was very much a family picnic affair, very relaxed and casual. There were so many family groups. It seemed just about every type of group was catered for, from large marquees with white tablecloths and smart waiters to roped-off enclosures where various shade gazebos were erected. There was not a great variety of food but it was sufficient. The TABs were very popular, there was even a small one for children (!).

Having spent some time with quarterhorses in Queensland, the trotters with their different conformation and gait were quite strange to see at first. 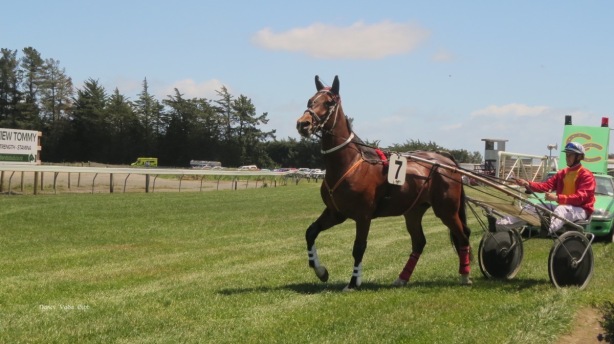 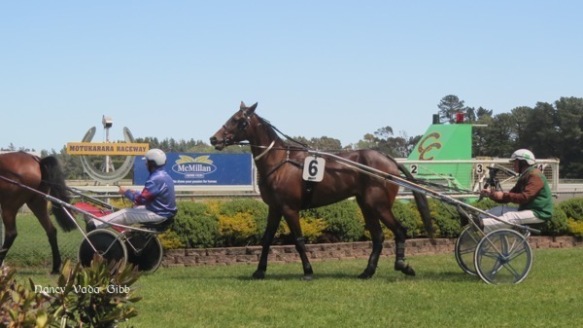 There were even some pony trotting races:

Children were well catered for …. 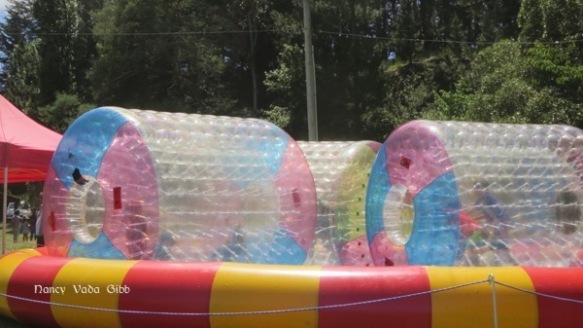 It was a lovely day and we hope to make up a family group picnic next year.

Dave is now hard at work fixing up a special WiFi aerial which hopefully will give us the fast access promised by the modem we purchased recently.

Next week start a two-week homesit down south at Oturehua, caring for someone’s farmhouse, 3 dogs, 1 cat and 2 chooks.