Note: This is not so much the story of Vada Jefferies as an attempt to link her to my family.  Please do not reproduce any part of this article without my agreement.

I’ve always wondered about my middle name, Vada. It was also my mother’s middle name. She told me it came from her “Aunt Vada”, not actually an aunt but her mother’s great friend Vada Jefferies, a violinist. As a family historian  I thought it might be interesting to learn more about Vada Jefferies and her links to my family. 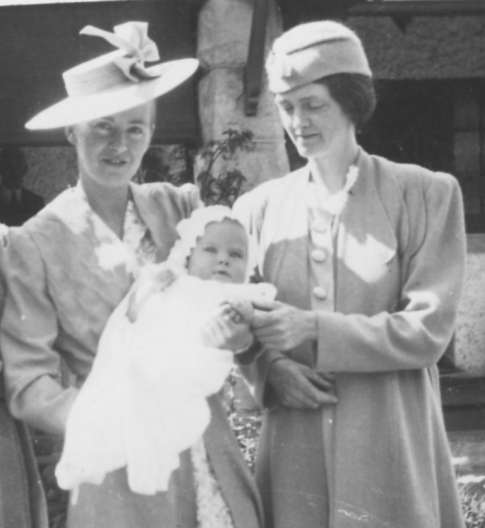 Thanks to the Internet it is now easy to learn more about the original Vada (although now I wonder where HER name came from! – see end of article).

Vada Massie Jefferies was born on 10 December 1878 in London and baptised at St Stephens in Spitalfield, the daughter of Richard Thomas Jefferies and Arena Mary Massie. Her father could trace his ancestry back to his grandfather in West London; Arena’s father came from Shropshire and her mother from Cheshire. There were no earlier Vadas in either family.

Her parents married in London and must have travelled to Brisbane shortly after as that is where their first three children were born. Back to London for Vada’s birth, then two more boys with elaborate musical names (Felix Mendelssohn Bartholdy Jefferies and Richard Beethoven Jefferies) were born in Brisbane and then another sister Annie Etheldreda (1888) was born in London. Her father died in 1920 and her mother in 1932.

In 1871 R.T. Jefferies arrived in Brisbane from London. He was a violinist with experience, his ability and energy both as performer and conductor being responsible for considerable progress in music within the capital city of Queensland. He trained his family in the art of presenting chamber music… Jefferies’ daughters continued their father’s interest in chamber music.

“….. the trio for viola and two violins, performed by Mr. R. T. Jefferies and his two little daughters, was by no means the least. Many elder violinists would hesitate to publicly attempt the performance of a Sonata by Beethoven, but the Misses Jefferies not only, attempted, but with their father playing the violin, succeeded admirably despite the almost undue length of the piece.

The presence of R T Jefferies  and a few others in Qld “… greatly influenced the trend of events’ in early Qld. Jefferies came from London where he had been trained at the Royal Academy of Music. Following that he gained experience in the Carl Rosa Opera Company as violinist in the orchestra under good conductors …. so that when he arrived in Brisbane he was well equipped for the splendid work he did there for so many years.

“In 1910 a quartet society was formed by the Misses Jefferies and Percy Brier, a leading musician of Brisbane. For a time it caused interest among a few enthusiasts, but gradually languished. Yet this probably led to the formation of the Brisbane Chamber Music Society in 1921 ….. the members of the official string quartet were Vada Jefferies, Clement Collier, R. Rutherford and Mary Jefferies. The Society began with 150 subscribers, and gave seasonal concerts for some years. Then about 1945 a State Quartet was formed… but was disbanded in 1948. The (Australian?) Government later replaced it.”

On page 85 of the same book, under the general heading “In Queensland since 1930, and in some instances earlier, the following musicians appear to have advanced the cause of music, chiefly in Brisbane. ……

“Two sisters, Mary and Vada Jefferies, have been invaluable in their encouragement of chamber music, and for some time as ‘cellist and violinist have been active in that sphere of music. As conductor of the string orchestra which she formed in1933, in which her sister co-operates, Miss Vada upholds the fine tradition established by her father, R T Jefferies, many years earlier.”

In 1937 Vada was teaching the the violin in Brisbane, as evidenced by this newspaper article published by the Courier-Mail on 13 Dec 1937.

So how did Vada Jefferies and Lily Hunt meet?? My mother and my aunt – Lily’s two daughters – were excellent pianists, and most likely their mother Lily and indeed most of her Hunt siblings were musical.

Lily Hunt was born in 1876 in Reading, Berkshire and Vada Jefferies was born two years later in West London. When Lily was aged six the Hunt family emigrated to Sydney, Australia in 1879 on the fast steamship “Aconcagua” and lived briefly in Stockton near Newcastle from 1880-1886, then Goulburn for a few years before settling in Sydney.

The Jefferies family always lived in Brisbane. 1879-80 were the years the Jefferies would have returned to Brisbane with four year old Vada, but a careful search of the “Aconcagua” passenger list did not turn up any Jefferies. Also they would have embarked at Brisbane not Sydney.

A little Hunt family history: In 1891 Lily’s eldest sister Fanny Hunt had been appointed inaugural headmistress at the Ipswich Girls’ Grammar School, where she remained until 1901. Another sister Maggie was Matron at the school. In 1895 Lily Hunt’s father Edwin died and Lily, another sister Florence and their mother went to live in Toowoomba, where they remained for many years.

In 1903 Fanny opened a new small private school in Toowoomba which she named Girton College. It was in the grounds of the school that Lily Hunt married Thomas Eckiboon “Dick” d’Archy in December 1908. Dick was the Manager of a remote cattle station near Cloncurry. Their first child Nancy Elizabeth “Betty” was born in Toowoomba in November 1910, probably to escape the steamy heat of the northern Queensland summer, but their second child Lilian Vada “Vada” (my mother) was born in Cloncurry in March 1913 (when they were quite possibly marooned during the ‘Wet’). When Dick enlisted in 1915, Lily and the girls moved south to Sydney where they continued to live to the end of their days. Lily’s mother died there in 1920.

From all this it can be seen that Vada Jefferies and Lily Hunt most likely met between 1895 and 1908, in Toowoomba or possibly Ipswich, their common interest being music. The book “Music in Australia” quoted earlier says that “As long ago as 1876 the energetic Jefferies who, in spite of his busy life in Brisbane, travelled to Ipswich once a week to give private lessons and conduct the Musical Society.” Perhaps Vada and Mary went with him. Lily and perhaps her daughters probably belonged to the Musical Society.

It is likely that when Vada Jefferies became the conductor of the Queensland Strings orchestra, she travelled interstate so could have met with her friend Lily in Sydney. In 1927 she conducted the orchestra for the visit of HRH the Duke and Duchess of York, and in 1945 she conducted the Brisbane String orchestra at the prestigious Third Sonata Recital and also at a series of concerts conducted by the American composer Percy Grainger. Grainger toured Australia in 1934-5 and his tour was said to be of particular significance in marking his ‘place at the forefront of American experimentalism’.This extract is from “Grainger the Modernist’ by Suzanne Robinson and Kay Dreyfus.

An intriguing review was published in 2015 by Gwen Bennett. One wonders how the much older Vada Jefferies, schooled in classical music, reacted to this dynamic young composer (photo below). 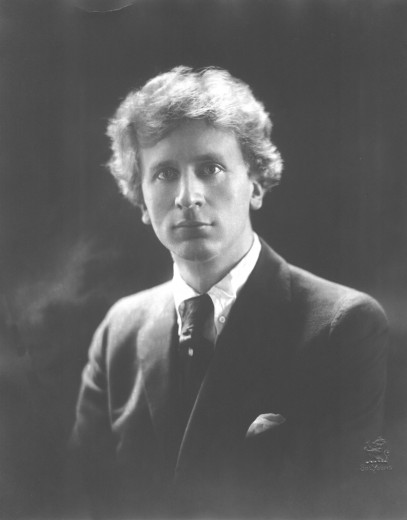 Should Percy Grainger be regarded as a modernist? Or should he be dismissed, as he has been in the past, as an inconsequential arranger of British folksong? Even a cursory scan of Grainger’s life reveals that he was an innovator in many diverse ways: his individually created language eg ‘over-soul’(= genius), his outré towelling clothing, his bizarre habit of running between concert venues whenever possible rather than using any other form of transport, his exceptional inventions for making music eg the Kangaroo-Pouch oscillator, unconventional groupings of instruments eg his transcription of Debussy’s Pagodes for harmonium, glockenspiel, metal marimba, celesta, dulcitone or harp, staff bells, tubular chimes, gong, xylophone, wooden marimba plus three or four pianos to simulate the sound of a gamelan. These are only a few aspects of an original thinker, a true individualist who was often ahead of his time.

The Queensland Conservatorium of Music, now part of Griffith University (Brisbane) awards an annual prize in memory of Vada Jefferies. Competitors are required to perform a programme of two movements of solo Bach.

Lily Hunt Darchy died in Sydney in 1946 and Vada Jefferies died in Brisbane in late 1952. Lily’s daughters Betty and Vada both knew “Aunt Vada”, kept in some sort of contact with her in later years and spoke of her occasionally.

As a postscript, the newspaper article shown above mentions a singer Elspeth Capper, who was also a violinist.  She gave a recital in 1933 which attracted some newspaper attention and at which Vada and the Strings Orchestra also took part. Elspeth was also mentioned as a violinist in the Third Sonata Recital 1945.

In the 1950s Betty d’Archy accompanied an aged and blind Elspeth on a trip to England as a paid companion. From vague recollections of Betty’s letters to her sister Vada (my mother), it was not an easy job. I recall meeting Elspeth once or twice, I thought she had been blind from birth but that may not have been the case.

As a further postscript, the internet tells me:

Vada is an English, German and/or Indian name of Old Norse and Sanskrit origin.

It was popular in the 1900s but then declined markedly.

It is also the name of an Indian dish consisting of a ball made from ground pulses and deep-fried.