We made  yet another excursion to Alexandra for the Friday market goat’s cheese and venison sausages, and this time I took some photos of the famous MacTavish’s miner’s hut near Ophir, now restored and privately owned. So lonely and isolated. Modern cars thunder up and down the nearby hill; I wonder what McTavish would have thought if he could stand in his doorway now.

We did not linger in Ophir this time but headed back home via the backroads north  of Omakau, part of the Dustan heritage trail, through newly-mown fields and acres of golden broom and gorse, some of it now changing colour. 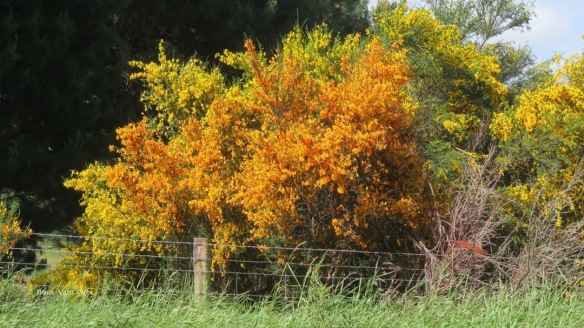 They build strong letterboxes in Otago.

Matakanui at the foot of the Dunstan Ranges was once known as Tinkers “…. a name possibly derived from the tinsmiths who it is said abandoned their trade of repairing pots and pans and instead used them for washing gold. Another explanation is that when miners were asked how they were doing they responded “Just tinkering about”.”

The original school with its bell tower . 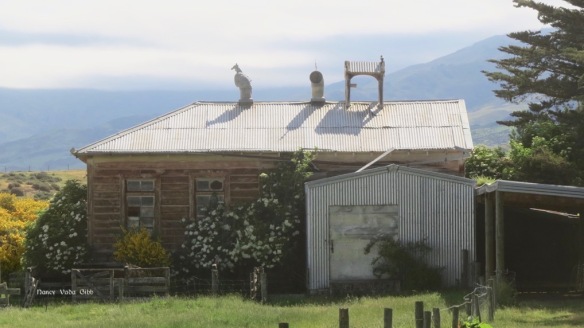 Most of the remaining buildings are mud brick, in various stages of disrepair.

Antlers mark the boundary of a nearby deer farm.

At Drybread there was even less to see, just part of the old hotel now used as a farm building. The legend goes that the name came after a wary prospector, when asked how he was doing, replied “Dry bread, seldom better”.

Disappointed that there was so little to see, we thought we’d visit the Drybread cemetery, some way off the road.

It looks rather highly populated… 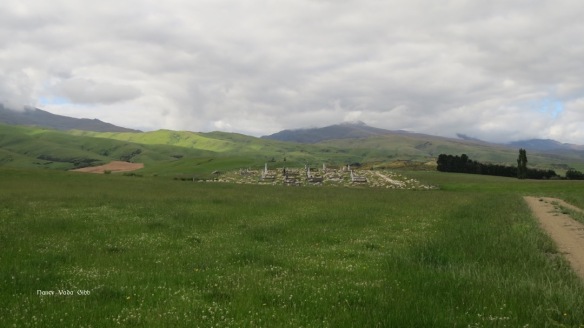 . .. by sheep! So many in fact that we did not venture past the gate. We could see some quite recent graves as well as obviously old ones. 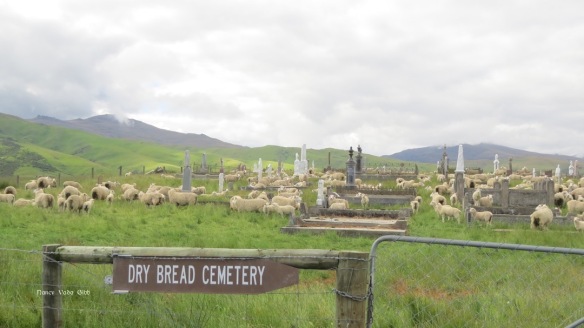 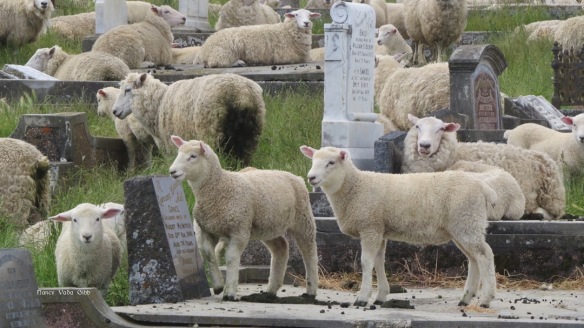 Back ‘home’ again, another lovely sunset ….

… and too early next morning, outside the bedroom door wanting to come in, were the dogs who’d already been let out for their early morning run. 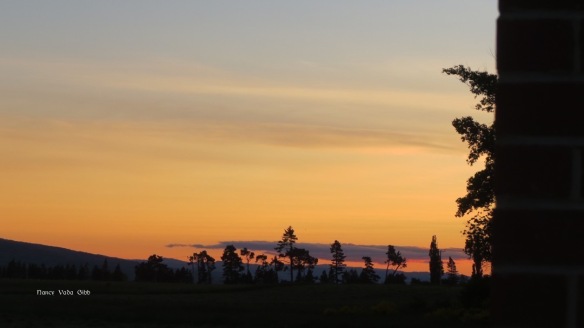 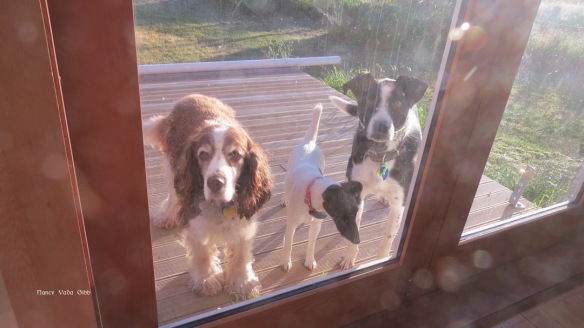 Everywhere around us farmers were hay making, making interesting patterns in the fields. 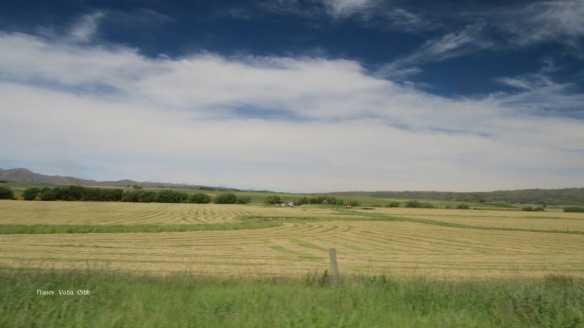 We paid another visit to the Oturehua shop (Gilchrists General Store), it’s a wee bit  famous for its decor. Nevertheless it’s well stocked with modern groceries (not shown). It is also now a B&B, very convenient to the Rail Trail and opposite the Oturehua Tavern. 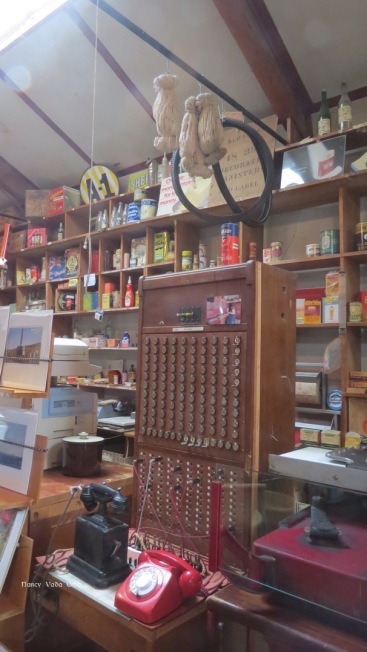 The nearby abandoned Golden Progress Mine 91868-1936), what remains of it, was also visited.

The entrance was down an avenue of ancient trees. 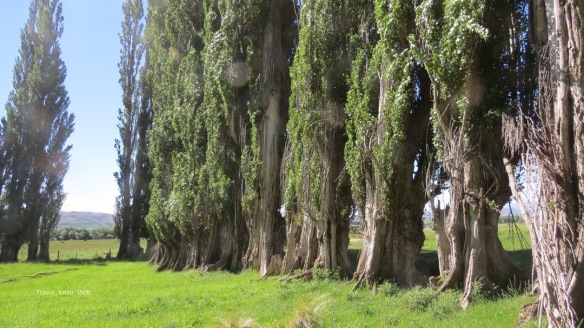 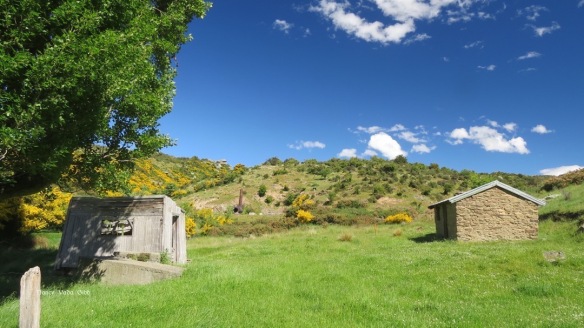 Back home again the chooks decided they were tired of foraging and lined up hopefully outside the back door. Or were they trying to tell us something? 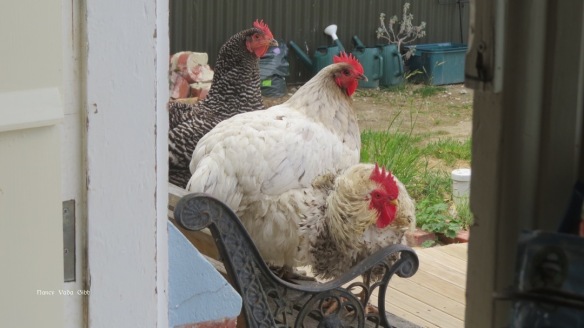 That evening, our last at the homesit, it was c-o-l-d. In the morning there was snow all over the distant ranges. But by that evening most of it had gone.