We didn’t want to but it had to be done … turn our faces and Grandy’s bullbar away from the north west and start to head east. First stop after Normanton was Blackbull, just a siding really, originally named Patterson’s Siding in 1890 when the railway was opened, but renamed because “a black bull was found in a mob of cattle when William and Joseph Taafe were out mustering cattle.” In 1891 the station layout consisted of a turning triangle, water tank and the station building. All are still there. 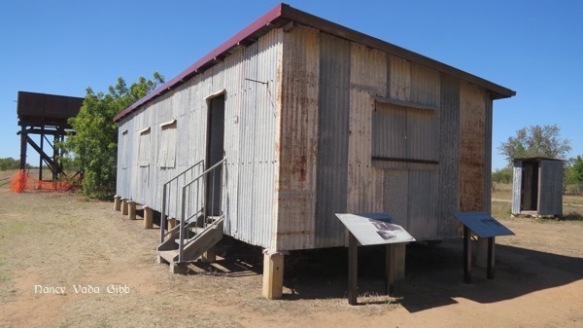 An interesting story about railway sleepers: 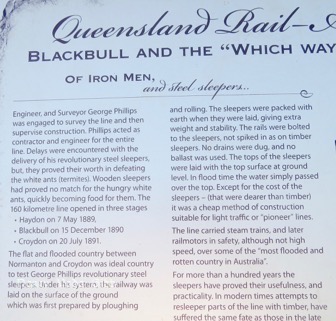 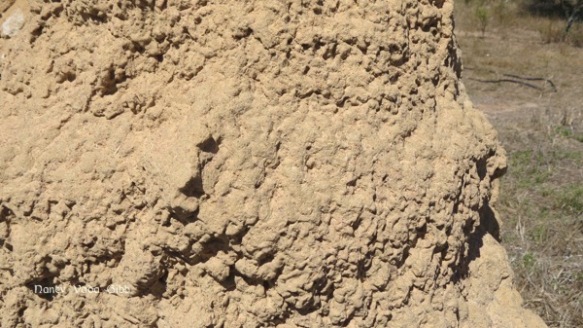 Nowadays Blackbull siding is a rest stop for the Gulflander train on its longer trips, not the one we experienced alas.

Ever since we started our Australian travels every now and then we come upon a memorial to an early policeman or policemen. I think these are wonderful, so often such people who died in the line of duty are forgotten. Here is another. I doubt the grave will still be there after 135 years of floods.

On to Croydon, where I was looking forward to seeing the old butcher’s shop I photographed in 1971. Alas it is no more, gutted by fire some time ago. It has been “restored” but is no longer in use.

The town won a “tidy town” award some years ago but things seem to have degenerated a little since. It did not seem particularly interesting apart from the old pub (the only one remaining, once there were about 35)  with the extraordinary paintings on the inner side of the deep wooden awnings …. 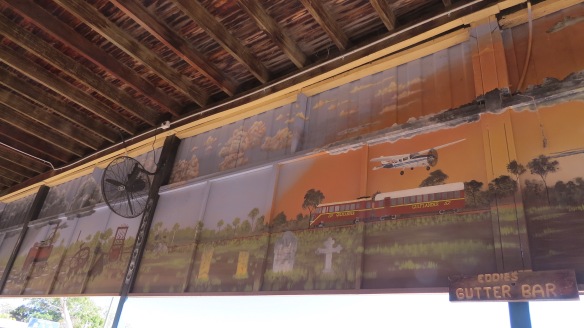 …. but then we hit a row of beautifully restored old houses. Full of local historical items too. The piece de resistance was undoubtedly the old courthouse, with much of the original furniture polished and touchable, where cutouts of the main protagonists in a Drunk and Disorderly hearing can be seen while a marvellous soundtrack (says Dave) let them ‘speak’ their parts. 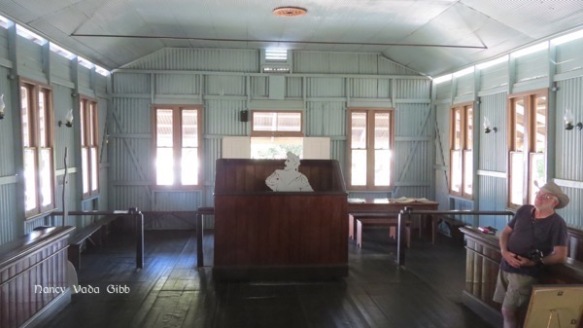 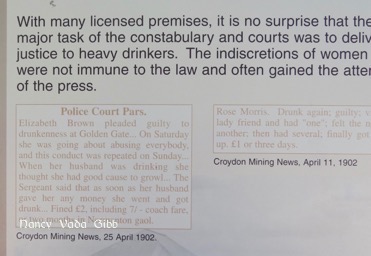 A few other things in Croydon…

One shilling left to his wife, so she could hang herself ?! 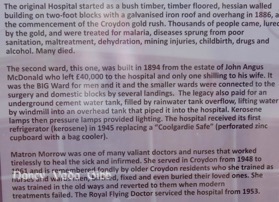 The Town Hall – imagine all the dances.

The steam steriliser (autoclave) used at the hospital. I used one of these to sterilise laboratory glassware in my first job out of school with CSIRO, at that time located at Sydney University. It was in a room next to a lecture hall and one time I opened it a little too soon, there was a huge whooooosh of steam and all the students swivelled round  … 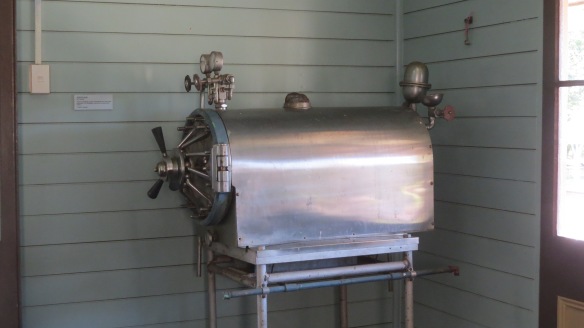 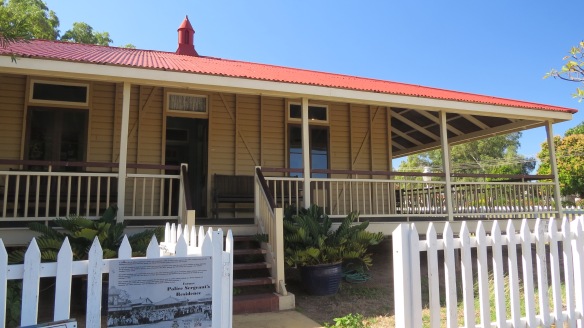 The same man was the undertaker and the night soil man … 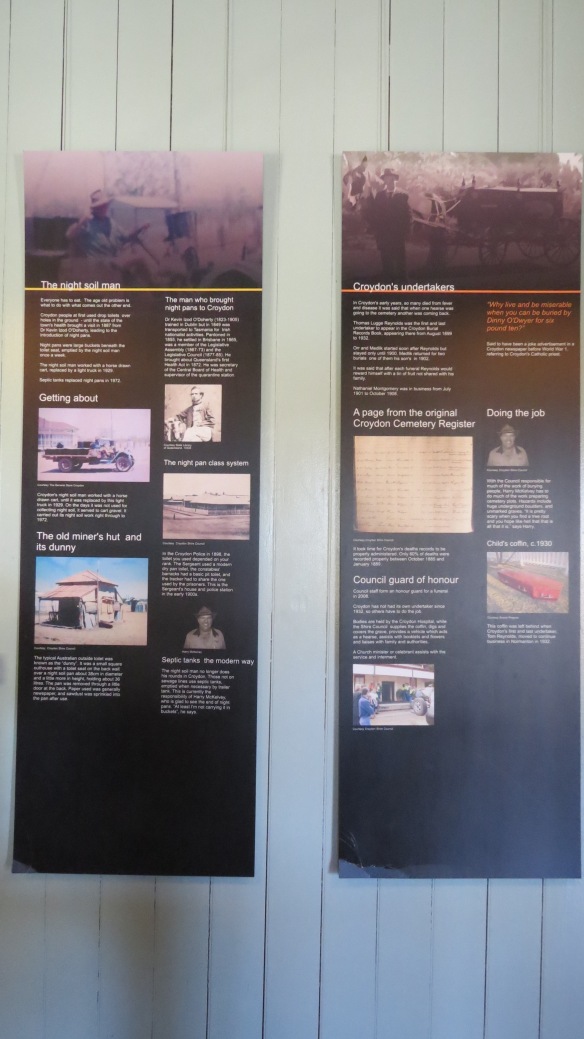 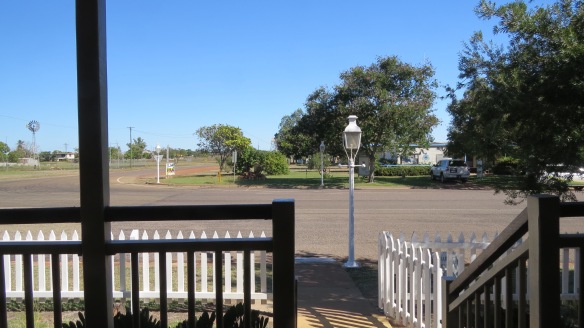 After a very indifferent fish and chips lunch we left heading for Georgetown, intending to spend the night at a free camp on the Gilbert River. 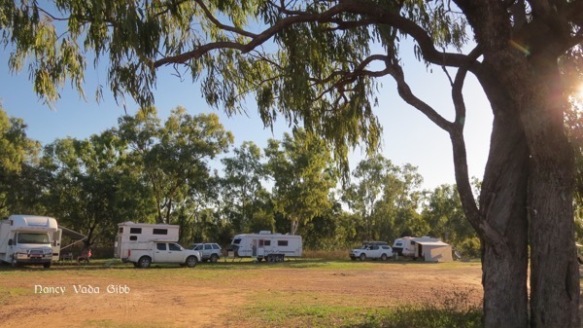 Hardly anyone stopped at the stop sign … but with such a long clear view, why bother. 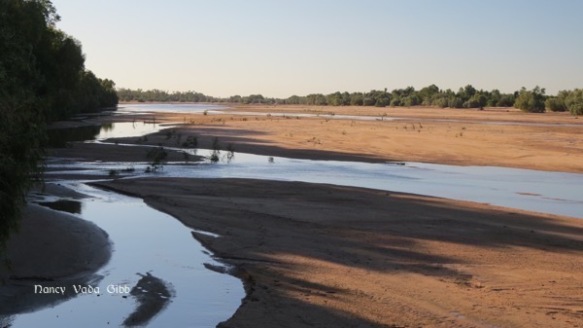 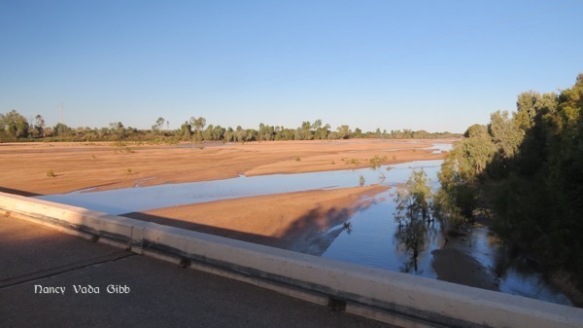 This was a lovely camp, although it was not so easy to get to the river for photos. We did however find one track close by, which was obviously used by others, particularly yabbie hunters who made full use of the huge fig trees’ tangled roots.  It was late afternoon, a perfect time for photos. 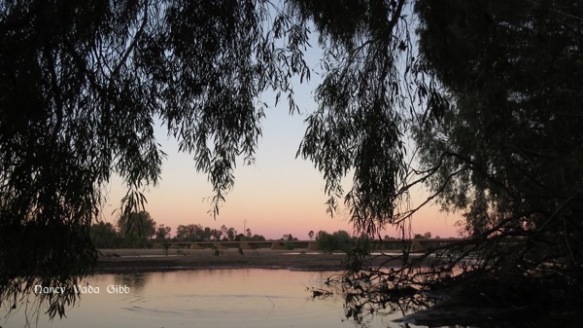 We decided to give ourselves a rest day there, becoming in effect camp g guardians as everyone else had left by mid-morning. By late afternoon however the camp was filling up again.

This Nissan Navara (the same as our tow vehicle in NZ) wasn’t towing a caravan, it had a slide-on camper built over its tray:

We made friends with Brian who has already risen his bike around Australia once and is doing it again! Like Tracey ‘OneWomanWandering’ who we met some blogs back, he is accompanied by a little once-white dog, in this case named Bingo, who rides in style on the back seat, strapped in with a harness and with his very own sunglasses. 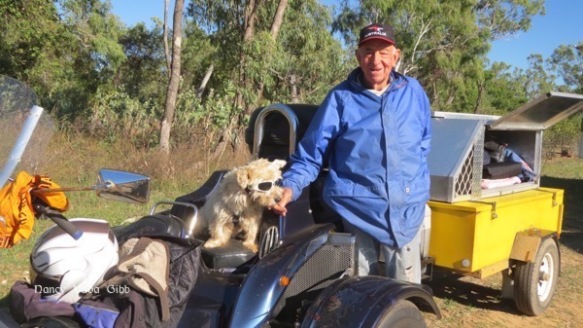 Brian would be about 75 and a sign on his bike proclaimed that he was the longest-surviving kidney transplant recipient in Australia (?) but unlike Tracey he was not trying to collect funds for anything. His bike trailer had everything he needed including a camp stretcher, cooking apparatus etc. He does not keep a blog so we have no way of knowing how he is now faring. 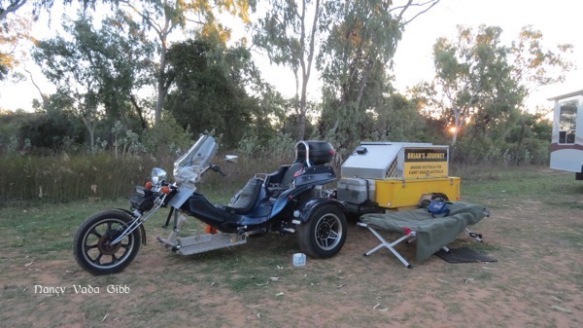 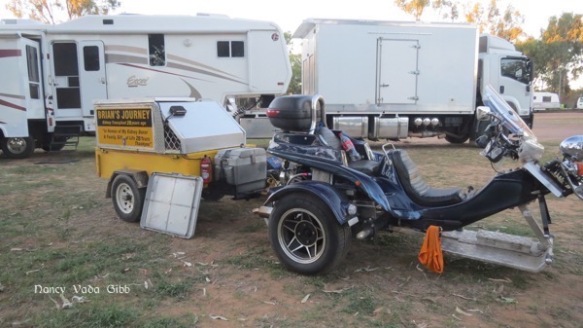 A little gecko tried to take up residence under my camp chair. I’ve been surprised we haven’t seen more, or any goannas. 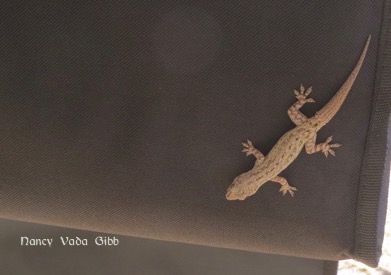 For some time we ‘ve been disgruntled by the quality of the bread available – mostly soft plain white or what they call multigrain which is the same white with a few grains added, or wholemeal which I suspect is at least half white. All very thickly sliced too. I do miss the lovely ultrathin slices of soy and linseed or multigrain Vogels available in NZ. We haven’t seen ANY thin-sliced bread in Aust. and only a few ‘sandwich’ size.

I decided to try and make some bead rolls using bread-and-pizza flour I found in Normanton of all places. (Nowhere is there the bread mixes we are familiar with in NZ, but at least yeast is available). My first attempt looked better than it tasted – not enough salt – but since then my technique has been improving and the last batch of focaccia was pleasing although still not ideal. 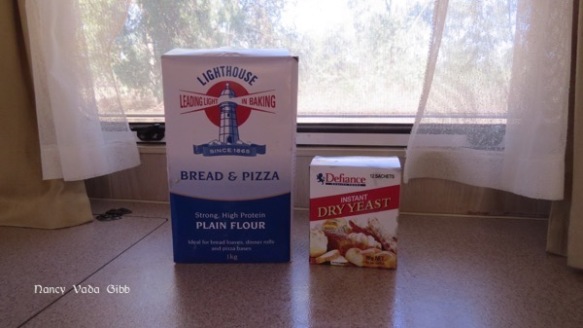 I’m posting this from a car-wash cafe in Cairns. Yes, we’ve moved on a bit! More blogs soon.