On our last full day in Canberra Dave went off to do some more Museum-ing while Julie took me to a friend’ birthday party at a Nepalese restaurant. The food was delicious. 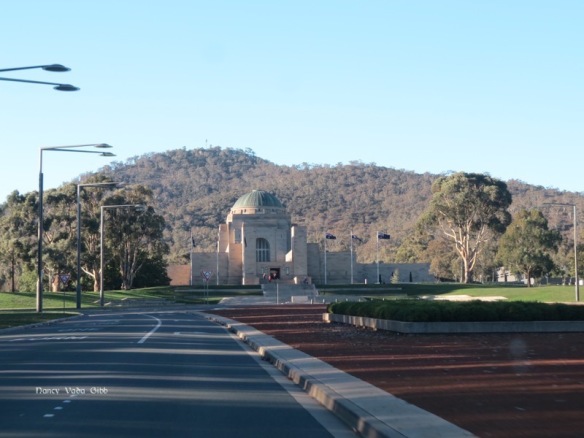 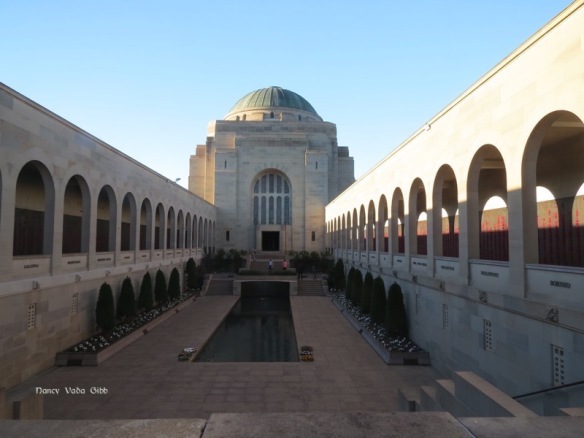 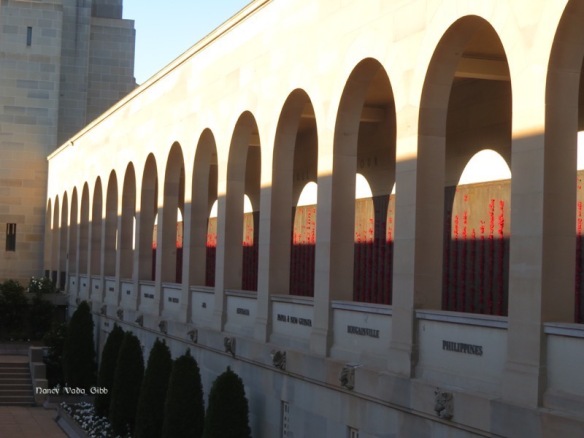 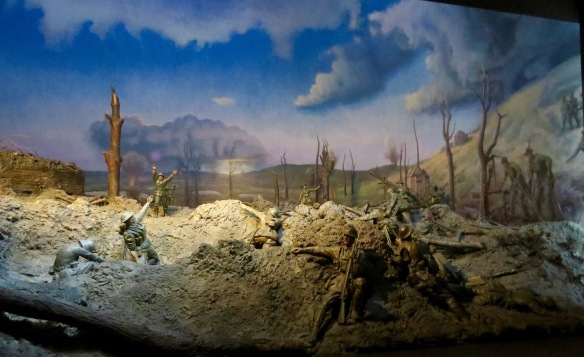 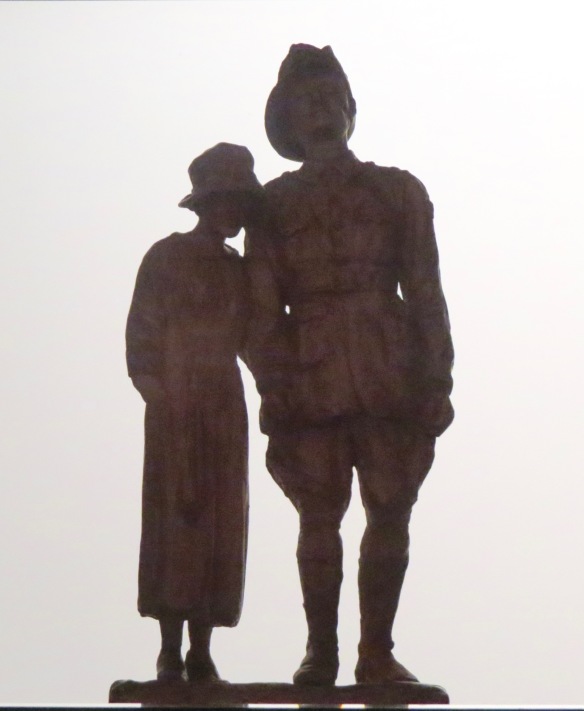 ……. And to watch the Last Post ceremony.Usually it’s a simple ceremony, one soldier’s name read out and his story, then the Last Post sounded. But that day there was some wreath-laying as well. Both a lone piper and a bugler were in attendance. Cockatoos wheeled overhead, the eternal flame burned on, the sun sank and the ceremony started …. It was a moving ceremony, we watched it all from an upper gallery which gave a clear view of everything but was also very exposed to the chilly Canberra air. 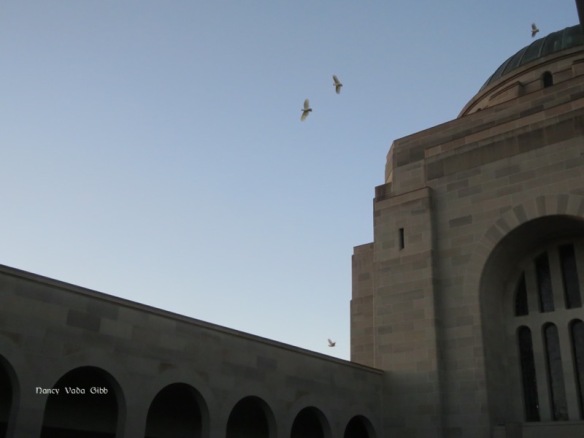 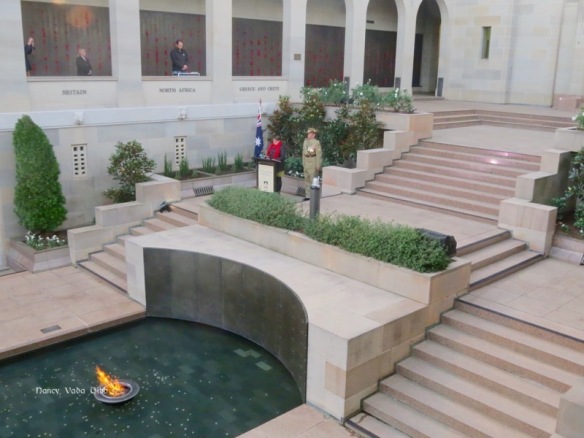 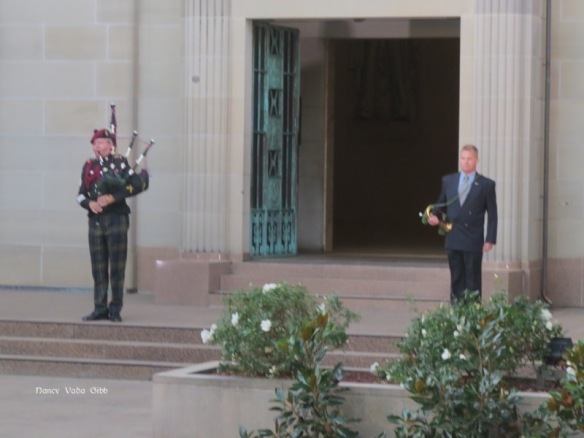 Both sides of the gallery are lined with soldiers’ names from every war in which Australian men and women have fought. 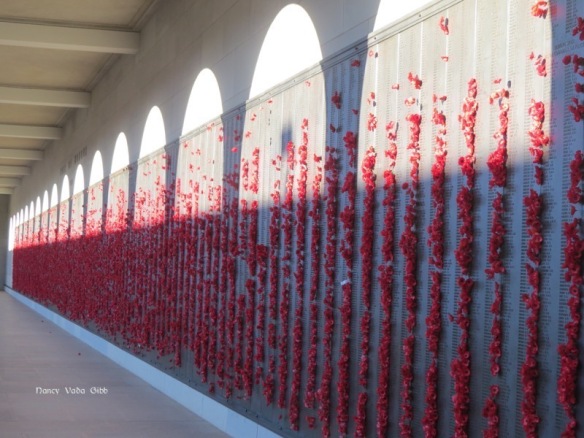 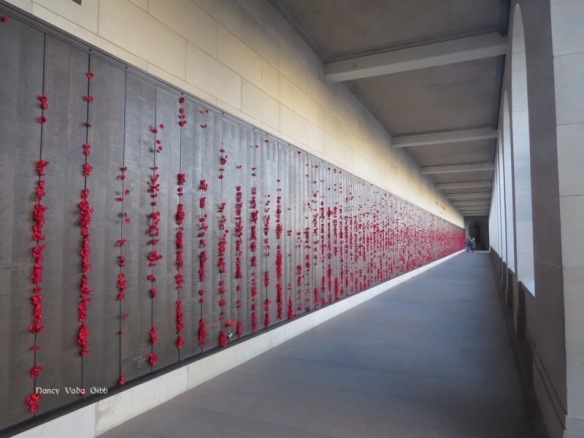 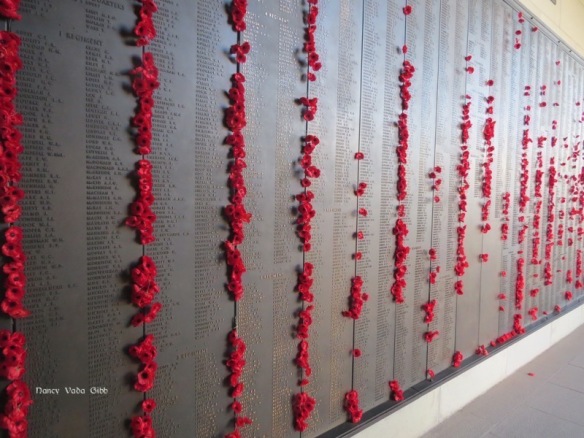 Scattered throughout the museum are photos of soldiers, often with their families – studio photos taken before they left to fight in the Great War. Few are labelled. Some are very poignant. One looked very like a d’Archy cousin but there is no way to tell if it was the same man – here is the Museum photo (left) and a family photo of Max Wreford d’Archy 1897-1966. 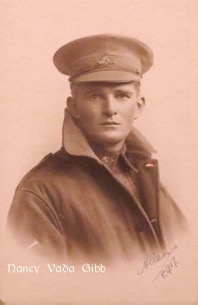 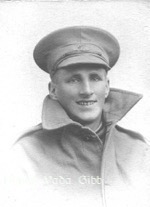 There was a reasonable display about the Light Horse but not as extensive as I’d hoped. 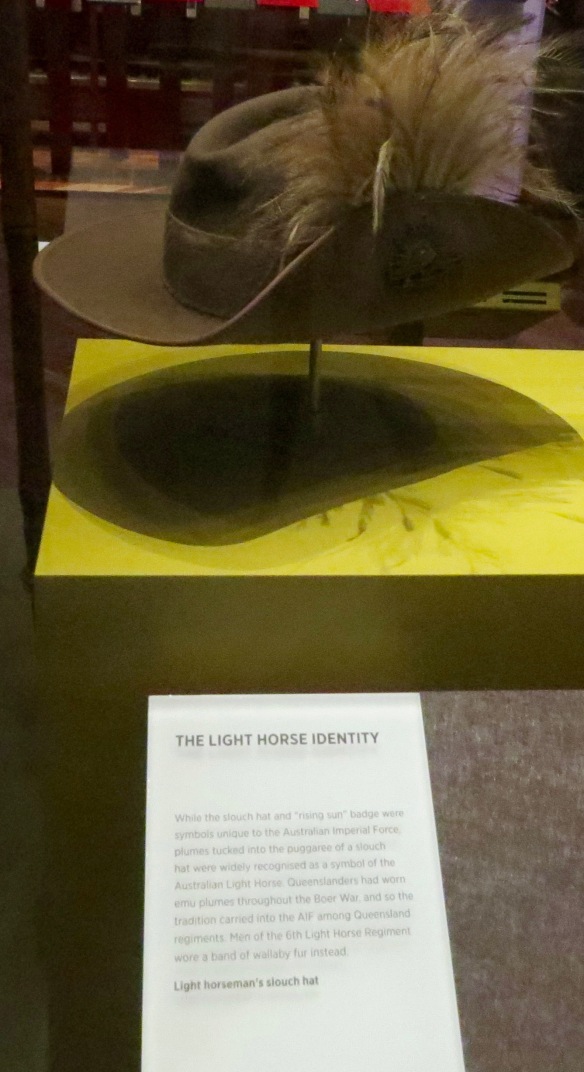 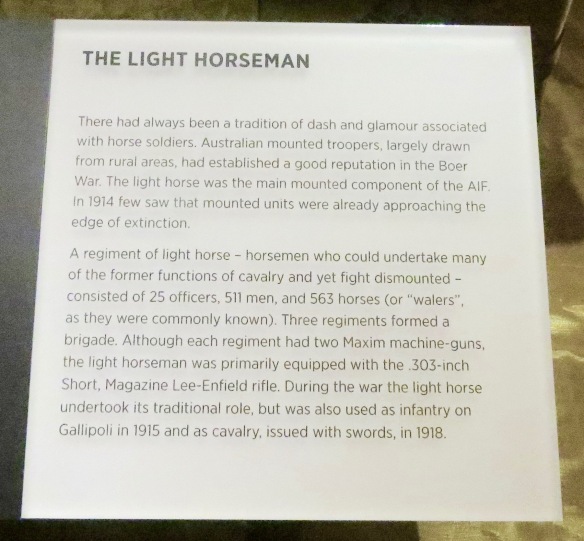 We had not heard back from the farmer about Five Mile Creek by the time we were due to leave Canberra, so headed straight for Temora, with a slight detour through Yass to take photos of the old buildings lining the main street. 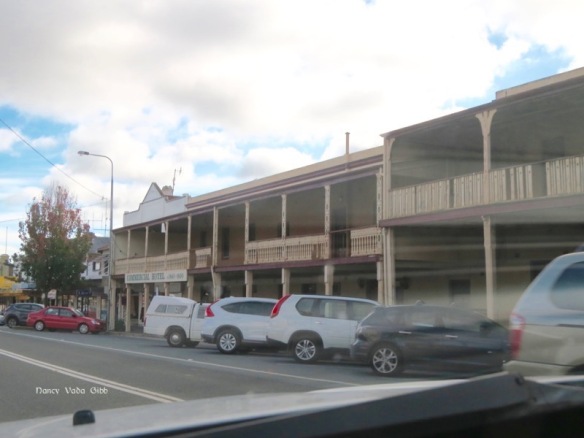 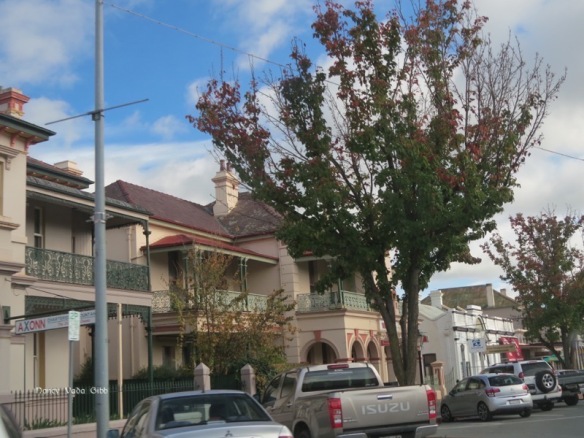 That evening the farmer rang, and confirmed that the old Inn site was exactly where we had surmised. Jubilation! He also offered to meet us there if we returned. Meanwhile Dave discovered that he still had our friends’ front door key, so we did seriously consider retracing our caravanning steps just for a day, leaving Westie at the excellent campsite run by the Temora council. However, we’ve decided to press on instead.

We were waved in by Dave’s sister’s relatives Biffy and Spud; Biffy’s blog has been our inspiration for some time.

Dave spent a happy morning at the big Air Museum in Temora with Spud; I elected to practice with my ‘new’ oven and do some knitting. I’m sure the museum is very good but I have seen quite a few air museums by now (!). Photos by Dave. 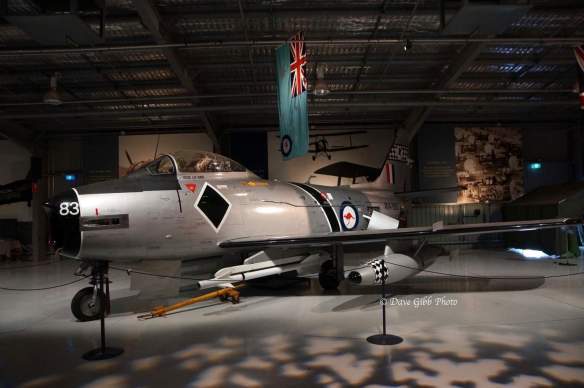 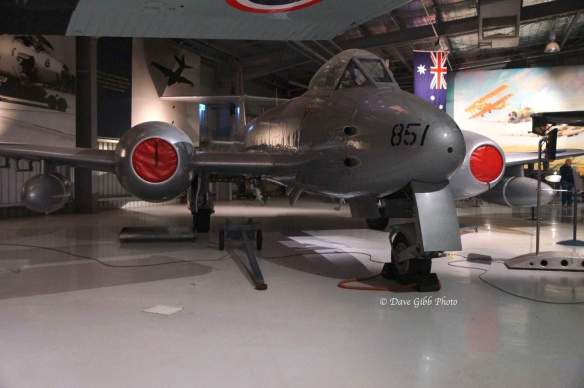 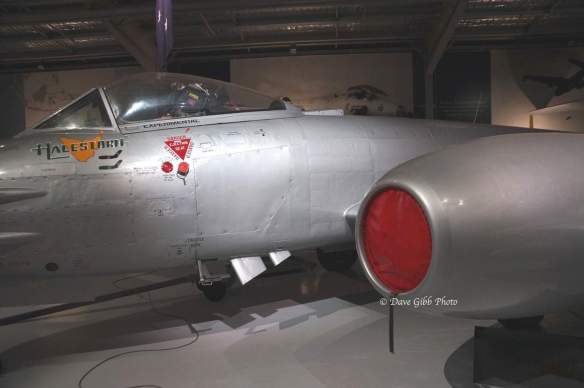 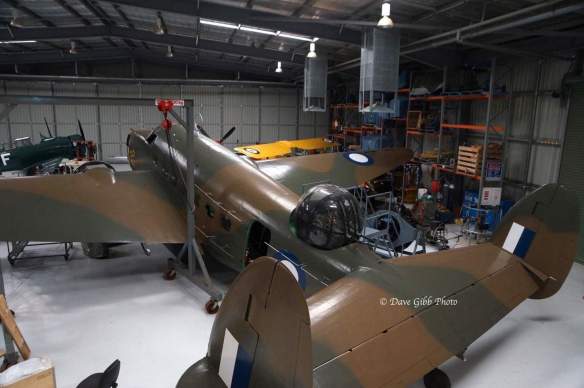 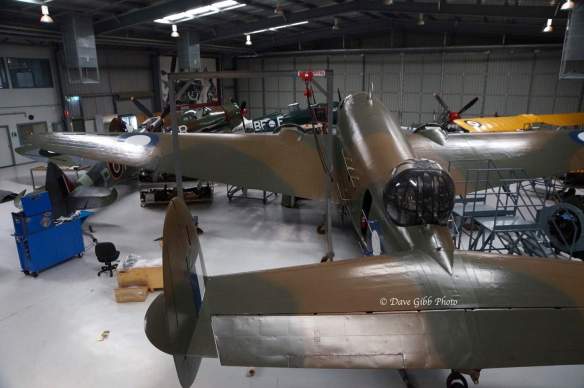 Next day a hasty farewell, they went south and we went north – sort of. We DO want to get north before Winter officially arrives, even though to all intents and purposes it already has.