After a few days behind a motel in Invercargill we hitched up T5 again and took the old coach road inland and east to Owaka via Mataura and Clinton (the Five Horse town – which I described in detail in a much earlier blog, so we didn’t stop to take photos this time). Not far from Owaka we settled in at the Hillview Camp Site, surrounded by grassy hills. 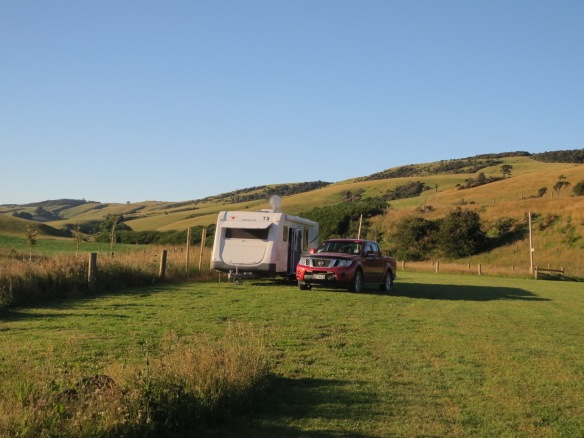 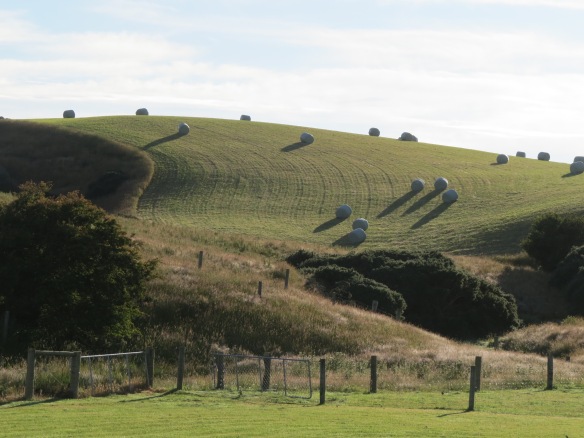 Nugget Point and its famous lighthouse were minutes away. I last walked the track to this lighthouse in 2000 clad in full bike riding gear including borrowed boots too large for me…. so it was a far easier scramble this time (!). It’s quite a long track winding along the top of the cliff cliff with incredible drops straight down to the sea where seals could just be spotted lazing around near  the rocks at the foot of the cliffs. 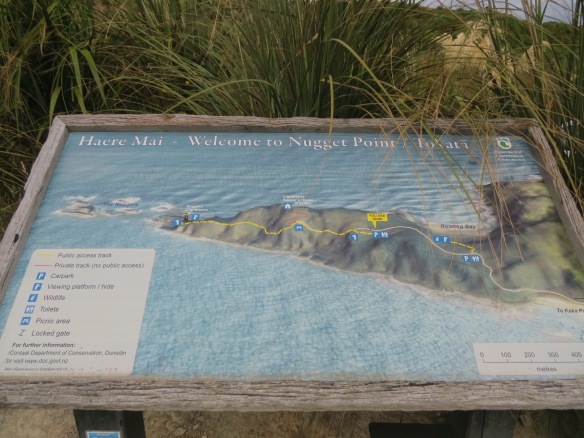 There were many more seals in the rock pools among “The Nuggets” which extend out to sea but we did not see any yellow-eyed penguins which are also feature of the area. The Point is also said to be the home of many other seabirds including gannets and spoonbills.

The views from the viewing platform beside the lighthouse are breathtaking. A little beach way below the lighthouse keeper’s house may have been his children’s playground, but how to get down there? The house can just be seen in the upper right hand corner. The lighthouse was built in 1869 and is 76 metres (250 feet) above the water. It was automated in 1989. 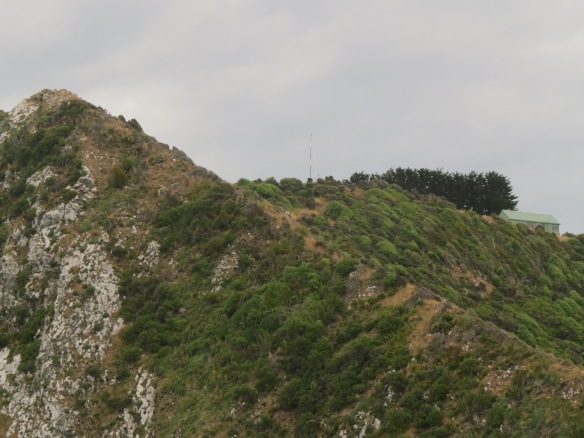 We also visited Kaka Point itself, a small tourist village offering “excellent swimming and surfing” – when the sun in shining(!). Even though it was mid January the beach was practically deserted. Road signs cautioned drivers to watch for penguins and fur seals crossing but we didn’t see any.

Cannibal Bay was our next stop on yet another grey cloudy day, beautiful and deserted at the end of a long narrow gravel road which twisted and turned around a headland while offering tantalising glimpses of the sea far away. A lone tree on the cliffside above the beach shows the force of the wind. A couple of oystercatchers kept the seagulls company on the rocks. 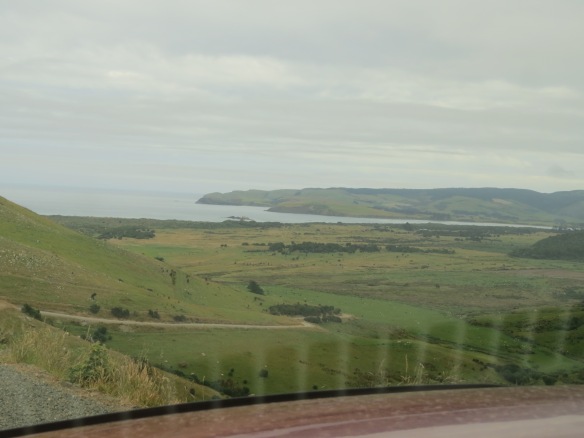 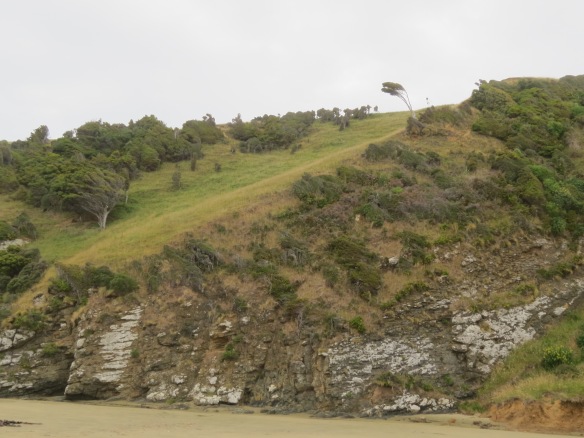 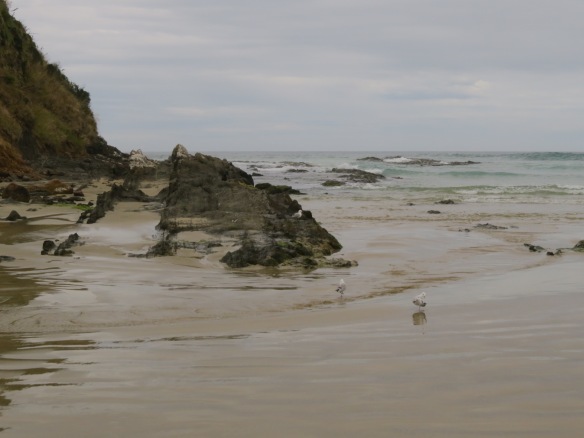 I am nearly up to date now – only two more blogs to catch up on!! We are currently back in Christchurch ….