We left Invercargill on a lovely but slightly chilly day and headed west, through Riverton to Colac Bay where there is free seashore camping but in a very exposed position, so after taking various photos and admiring the multicoloured beach pebbles, we pressed on.

Colac Bay must have some very artistic residents. The village’s name sign is a surfer in relief ….. 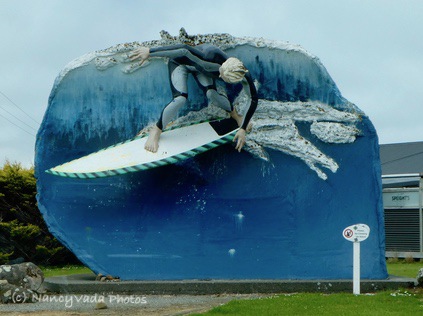 ….. but the piece de resistance to me was this school bus shelter, thoughtfully turned around to really give shelter from the prevailing wind. The strength of the wind can be judged by a shrub growing in a garden opposite the bus stop. 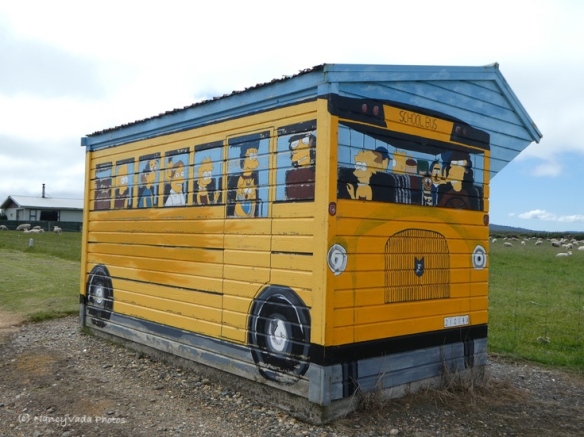 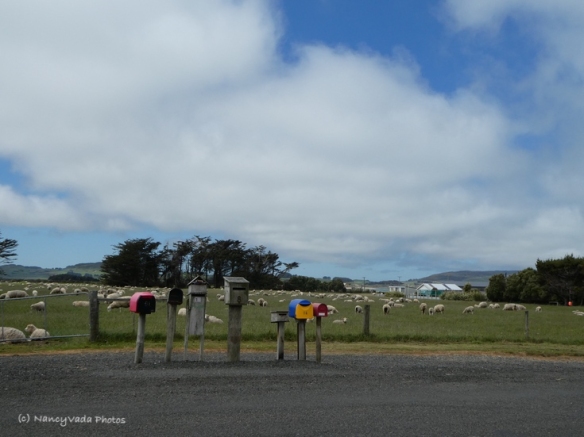 Next along the coast was Monkey Island. Actually the shore near the Island, which is rather small! But although the camping area was much more sheltered, it was also very cramped and Dave had quite a time backing and turning the caravan around not once but twice as we tried to extricate ourselves.

So we headed on and finally found shelter in a free park at Clifden Bridge.

This is a wonderful old bridge which deserves the accolade given by the Society of Engineers: every inch demonstrates the workmanship of the early builders. 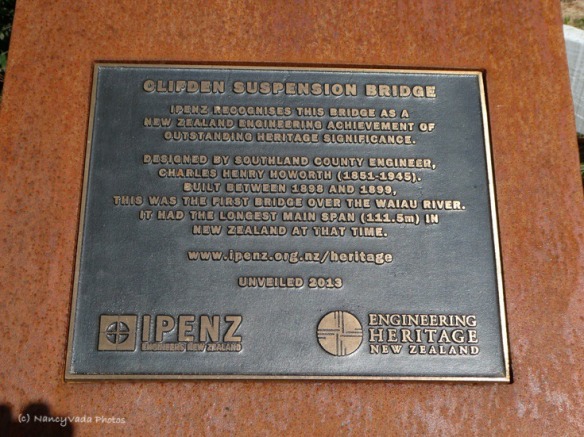 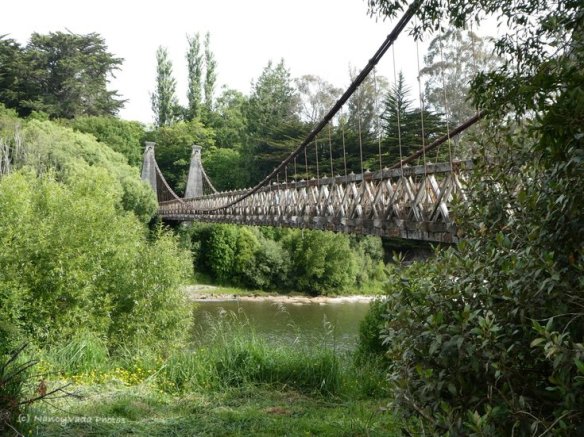 A very curious thing, C H Howorth/Howarth (the name is spelled both ways) was the artist whose three works were donated to the Invercargill Art Gallery by my Great Aunt. At least I think it’s the same man. The artist definitely died in 1945. What a coincidence!

The bridge spans the Waiau River. Below the bridge is a tramper pick up/drop off point for  a jetboat. There were quite a number of people there when we arrived and also a little coffee/food caravan, probably hired to meet them. Good coffee!

The Wairau cuts through limestone, which is still visible just below the bridge. It used to be NZ’s second largest river.

Much has been done since then. The river flow is now reasonable. I will give more information in a later blog when we have been to Manapouri.

There were lots of semi-tame birds hopping around the food cart.  There was also a rooster from a  nearby farm strutting around, particularly  among the parked motorhomes and caravans. Some overseas tourists took many photos of it, I wonder what they though it was! 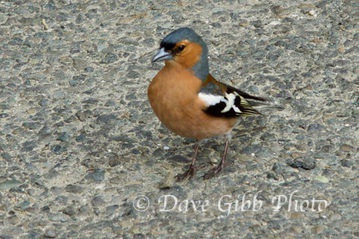 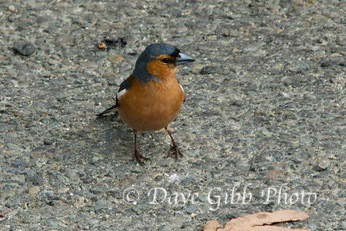 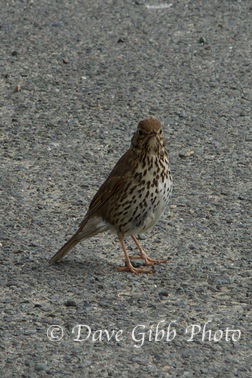 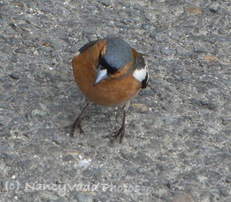 There was an interesting-looking cave in the limestone at the far end of the bridge. Also a rather mysterious “underground stream toilet” (according to Dave)

Tomorrow we head for Te Anau.