The Morisset Showgrounds proved an ideal location from which to explore the Lake Macquarie area. One day we headed north round the Lake to the regional Art Gallery where there was an amazing display by final year Art students called “First Class 16”  – no photos allowed alas – certainly I was never taught those sort of techniques at school.

Then we repaired to the nearby Cafe for a delicious if slightly pricey lunch. Afterwards we explored the grounds – the Art Gallery is in a beautiful setting beside the lake with a number of large garden sculptures. A mob of cockies contributed.  The nearby heritage-listed home was not open. 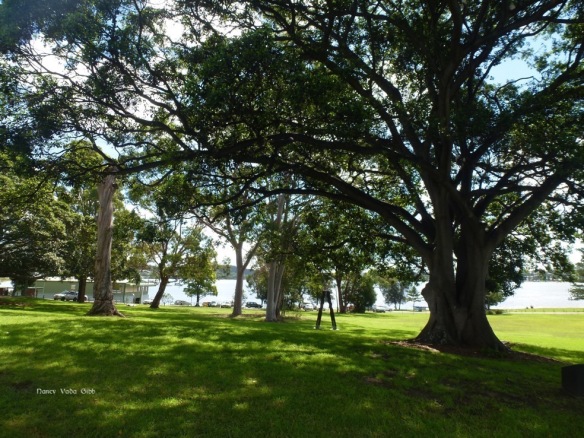 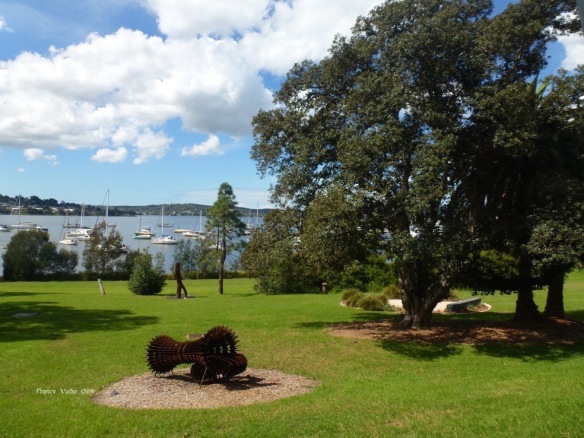 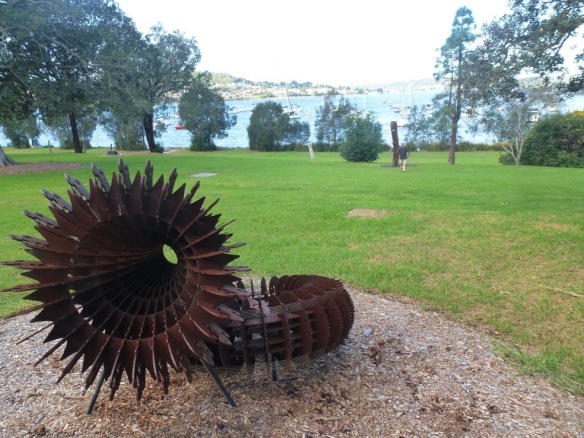 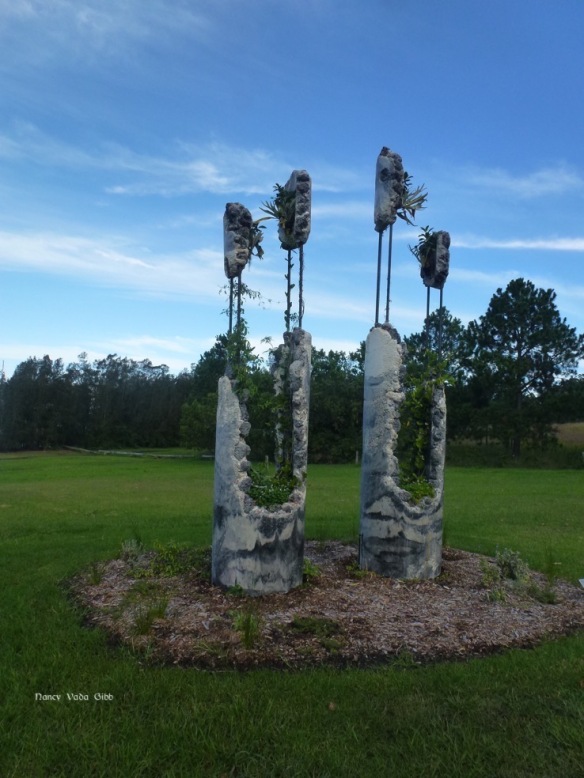 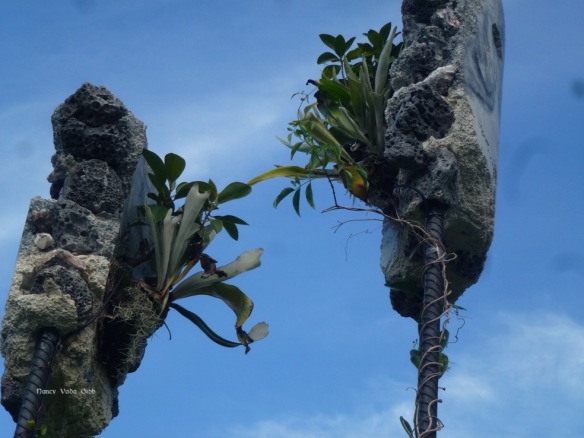 Still not quite sated with Art, we then paid a visit to Sir William Dobell’s home at Wangi Wangi. 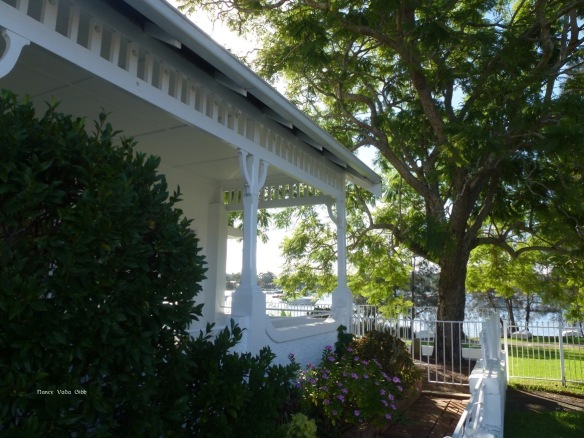 He won the Archibald Prize three times, the first time with a portrait of Joshua Smith, a fellow artist, which some people declared was not a portrait but a caricature. A lawsuit followed; Dobell kept his prize. He also painted the wonderful portrait of Dame Mary Gilmore which I included in an earlier blog when we are at Silverton near Broken Hill. His studio was at the top of the house up some very rickety stairs, and it was wonderful. The smells immediately evoked my granddad’s studio with all his painting paraphernalia. He had tubes of oil paints everywhere, but in Dobell’s studio someone has tidied up maybe a wee bit too much! (That’s a reproduction of the Joshua Smith portrait on the easel).

My artist granddad sometimes did “blueprints”, which I had completely forgotten about until I saw this:

I was delighted to see a long discussion about Dobell’s portrait of Margaret Olley. My school Art teacher Mrs Abbott all those years ago was always telling me to look for harmonious curves in art. Dobell’s work was often used to illustrate this. Mrs Abbott was magnificent, she made sure I understood everything she said by giving me numerous notes often written on odd scraps of paper.  How I wish I had kept them.

Another view of the Lake at Wangi Wangi: 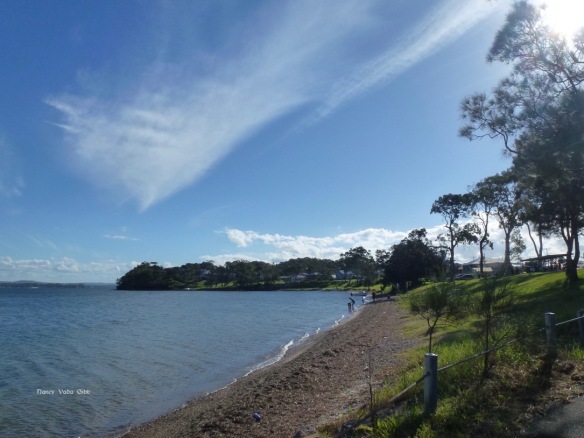 Lastly we visited the site of a WW2 Flying Boat base at Rathmines, where 2,000 airmen  and 1,000 WAAF were housed during WW2.  Over 200 Catalina crews were trained here.

“The role played by Catalina aircraft and crews has received very little public recognition because of the need to maintain secrecy….”

The RAAF Catalina Memorial is impressive. It overlooks recently-named Catalina Bay , although remains of the old ramps and hard standing are around the headland in another bay. (I can’t believe I omitted to take photos there). There are plaques for every airman, whether he/she perished during the war or long after. There were some for people over 90 years old. 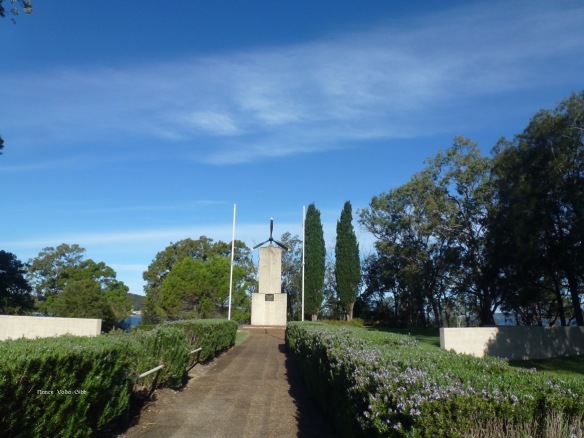 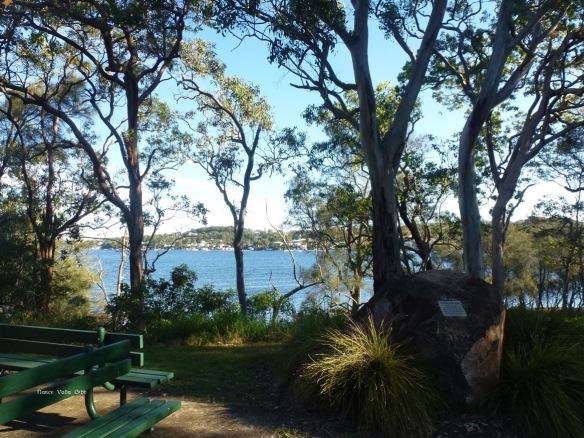 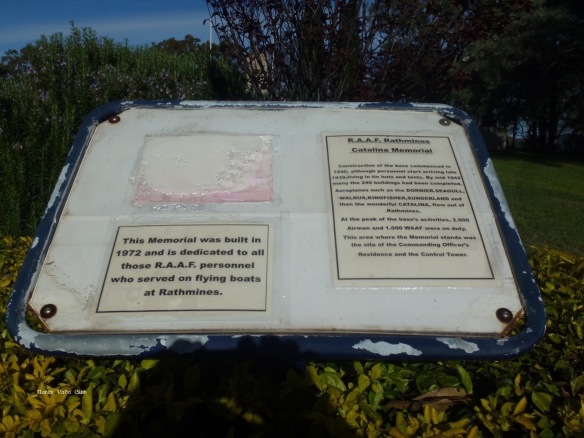 This was not the first Catalina memorial we have visited in Australia. There is one in Bowen Queensland, and another in Karumba up in the Gulf of Carpentaria.

Back to camp and another lovely sunset. I have been wondering why the nearby trotting track has not been used – probably too wet – but next morning at last there were two horses doing their stuff. 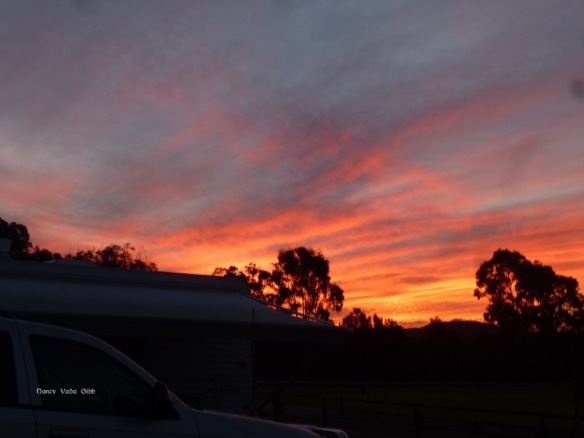 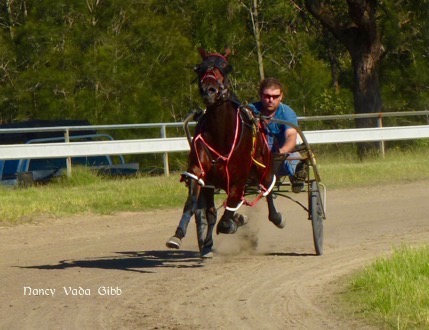 On our last day in the area we caught up with Vic and Anna who we met in a camp at Cloncurry last year. We shared a rather wet experience at the Cloncurry Stockman’s Challenge and some wonderful pizza made by Anna in an old fireplace in the Cloncurry campground, then went our separate ways.  We had a lovely catch-up. They are going to head north again soon but we are going home so I can write a couple of books. That is now the fixed plan according to everyone else!