The highway from Innisfail to Ingham goes inland to Tully then back to the coast at Cardwell, at the northernmost end of the Hinchinbrook Channel. Cardwell is a small quiet town.

A little further on we began noticing strange structures straddling the highway. they are overbridges for possums and gliders. 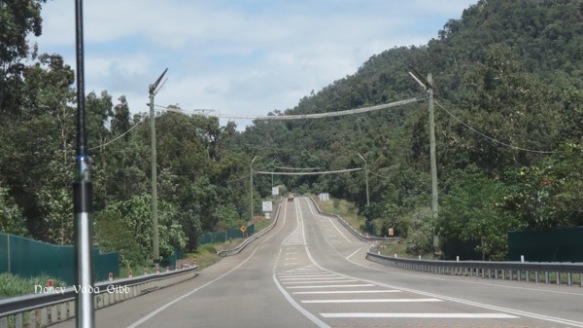 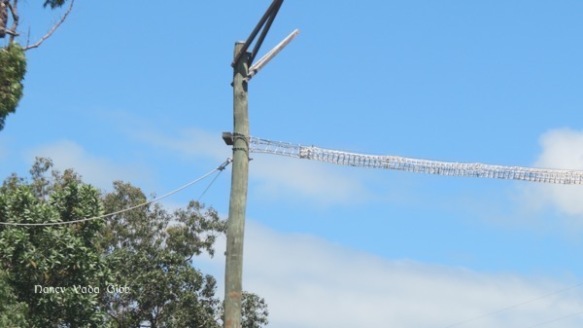 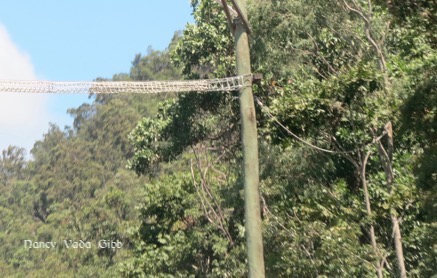 The highway started to climb. At the top there is a great new viewing platform slightly spoilt by intrusive power lines, and many informative signs. TWO World Heritage areas side by side. 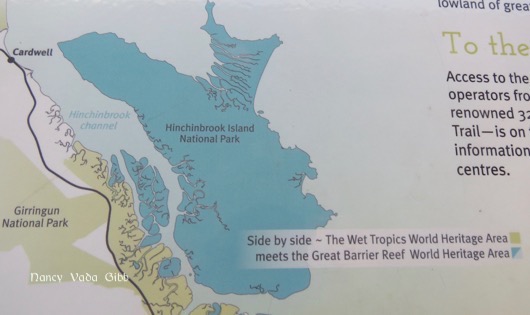 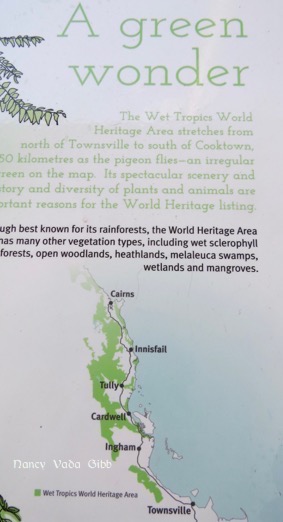 We took lots of photos, then noticed a pathway ….

It was a hazy day so this is the best magnification I could get of the entrance passage. “Cornelius” came this way in 1980, heading north. There is only a narrow entrance channel which shifts constantly. Heart in mouth, Geoff steered the boat in according to the navigation signs on shore; we were in a relatively calm channel of water with waves breaking on either side. Half way in a huge wave appeared out of nowhere directly behind, overtook us and drenched the helmsman and half the boat. Geoff struggled to hold us straight on course not to mention upright as the boat veered madly; then we were into calmer waters and the worst was over. I have a photo of the event but of course it isn’t on this computer. Bother, bother.

Then down again and on to Ingham and a bush camp we’d been hearing about, on a private cattle property now owned by Aborginals.