Cooktown is markedly changed from when I first saw it on the MGTF tour in 1971 and again on “Cornelius” in 1980. I wish I had the relevant old photos with me. This hotel is where we had fish and chips in 1980. It was almost the only eating place then. 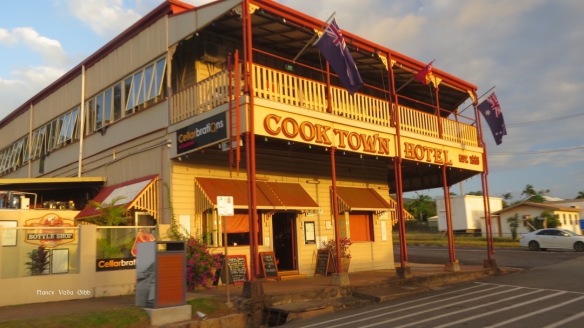 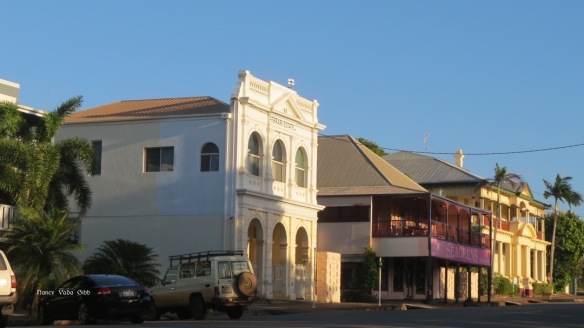 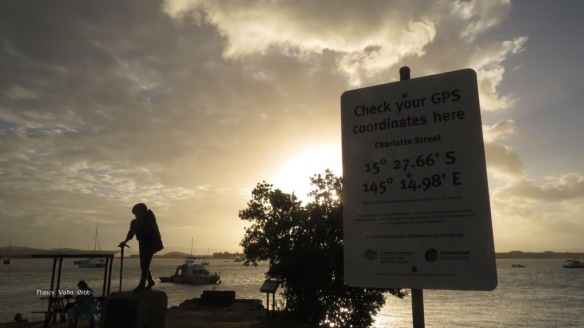 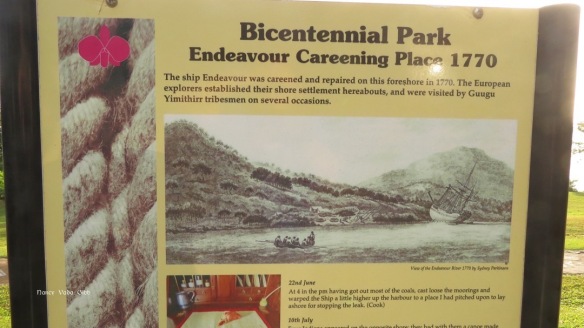 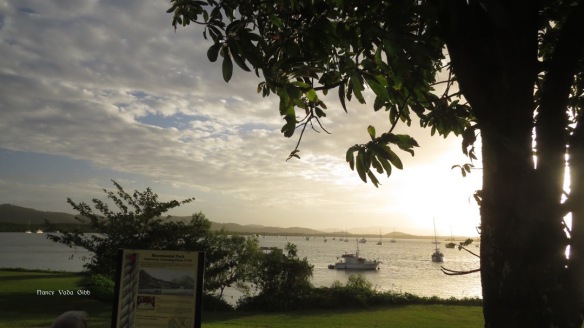 The Endeavour River on the edge of the town.

Two beautiful trees nearby, one with unripe mangoes and the other  festooned with tropical plants.

We drove to the top of Grassy Hill overlooking the town, the wind was blowing very strongly and it was hard to take good photos; we obtained better ones on a later visit when the tide was out. 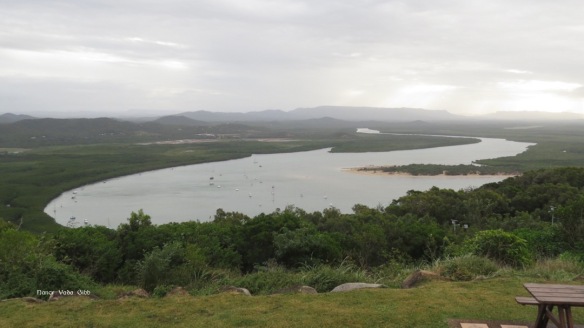 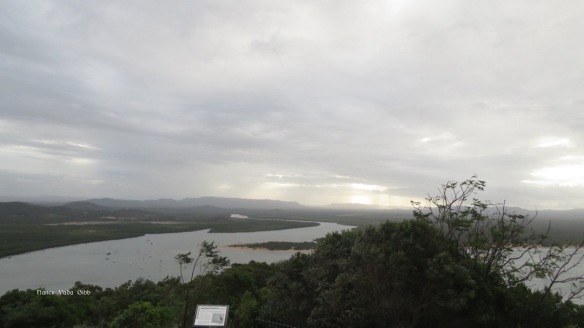 The Captain Cook Museum, now housed in an old restored convent, was wonderful. 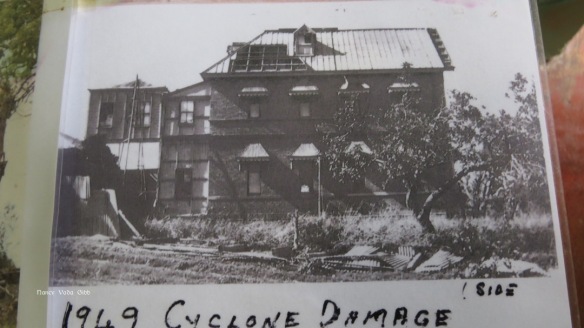 Only the nuns were allowed to use the grand staircase, the students used the other much narrower an d steeper one(their dormitory was upstairs). 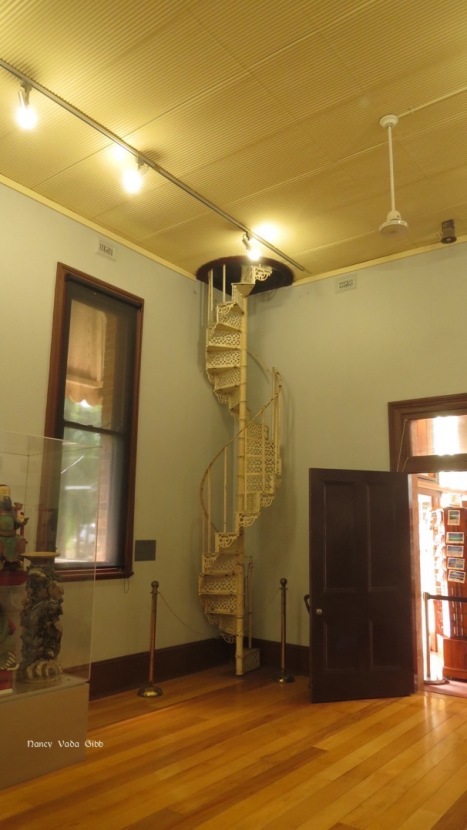 An original cannon and anchor from the “Endeavour’ were on display, having been recovered in the 1970s and carefully restored. The (new) stock on the anchor had to be made by hand as the hardwood used, similar to the original stock, was too hard for modern power tools. 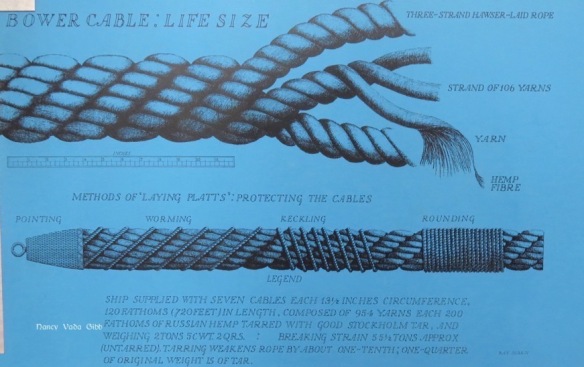 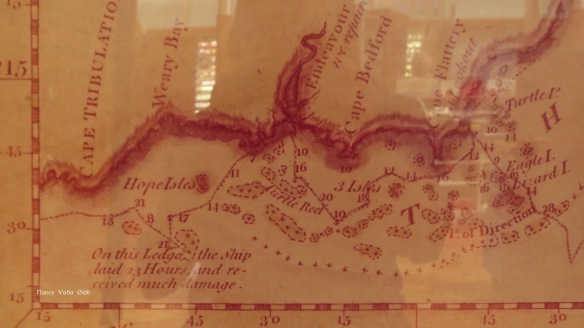 It took ages to read all the extracts from Cook’s and Banks’ journals (not shown in photos)  but sitting there not far from the place it all actually happened made it all more enthralling. An interesting facet of the display were stories handed down to their descendants by the aboriginals who first encountered Cook and his crew, the first white people they’d ever seen.

The old Convent had many other historical displays ….  this lady crocheted enough curtains to line a hall! She kept a book full of newspaper crochet patterns.

There is an important Chinese section… the shoes were worn by the mother in this photo. 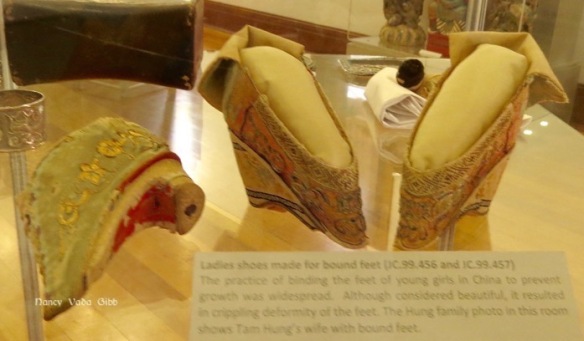 A piano with a history. Very difficult to take photos – apologies for the poor quality but it is such an interesting story! 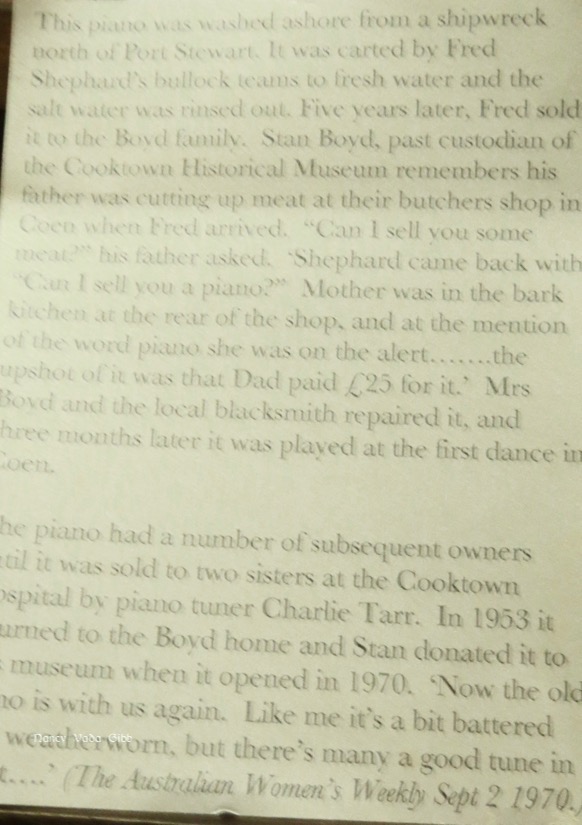 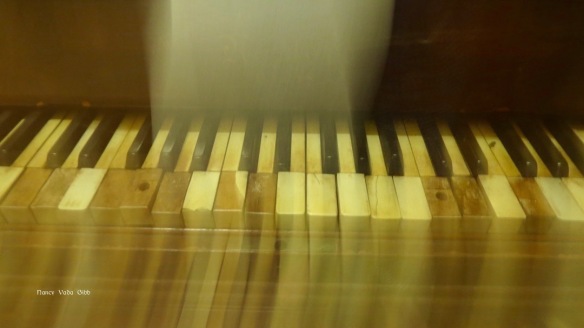