When we drove from Mt. Surprise to Mareeba we did not stop to explore any of the tableland towns, but now with the window glass ordered and various caravan parts in hand we had more time to explore. Herberton beckoned. Here’s a map to show where we’ve been recently and where we are going. 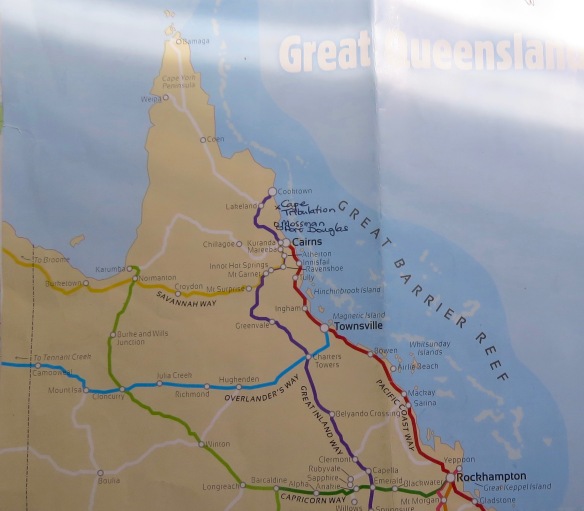 The Herberton Heritage Village is said to be one of the best known living museums in Australia. It was certainly large and beautifully maintained, on a gently sloping grassy site with plenty of walkways between buildings.

There are over 60 restored period buildings chock full of relevant items, many antique motor vehicles, tractors and other machinery. 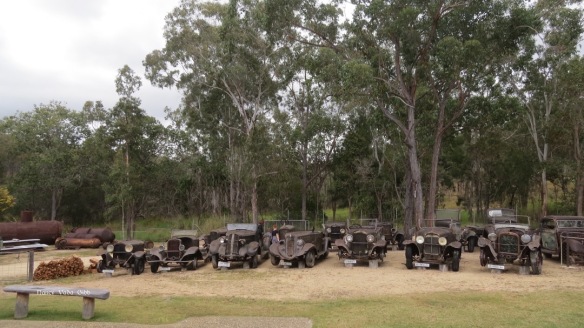 Many are still in working condition; we were lucky to catch the huge old steam engine working but missed the vintage motorcycle (or at least I did).  A modern-day blacksmith worked with made souvenir items while we watched.

The shop had a beautiful collection of golliwogs … 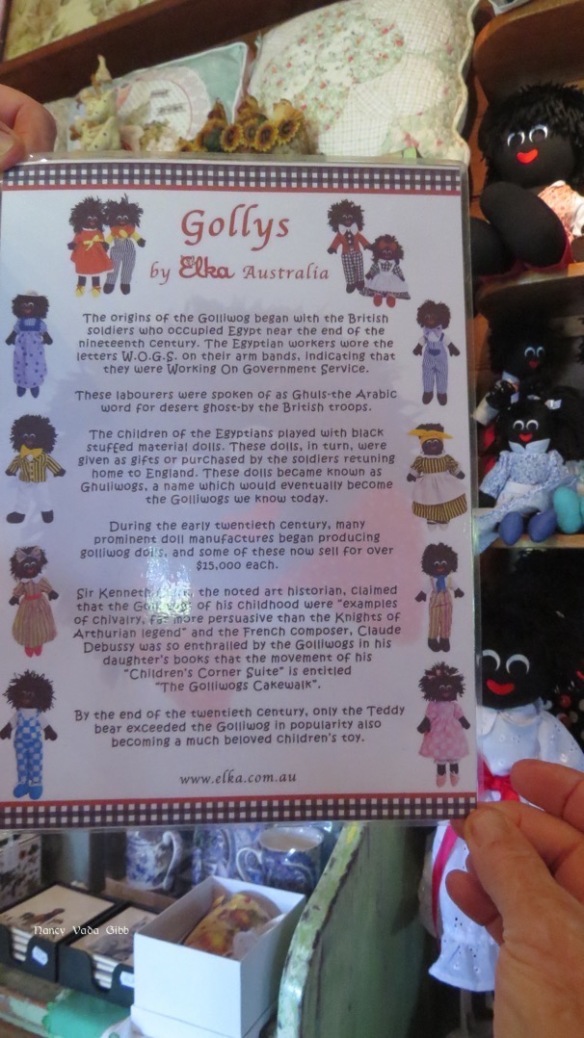 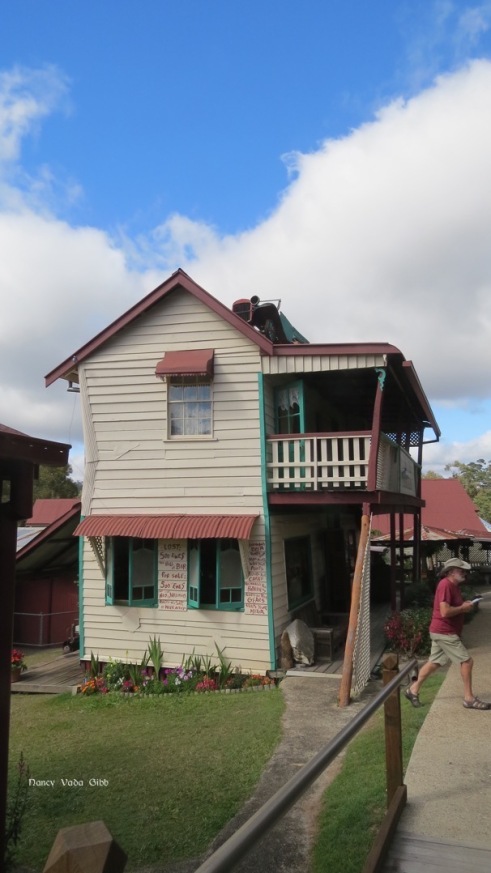 This old wedding photo caught my eye, the couple look so happy and full of anticipation, not like the usual stiff (and probably scared) stony-eyed pair. 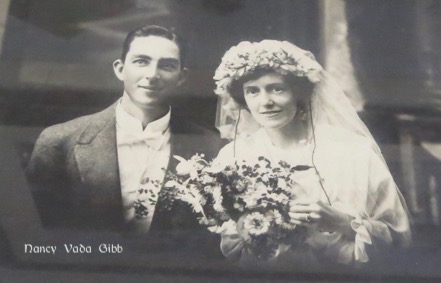 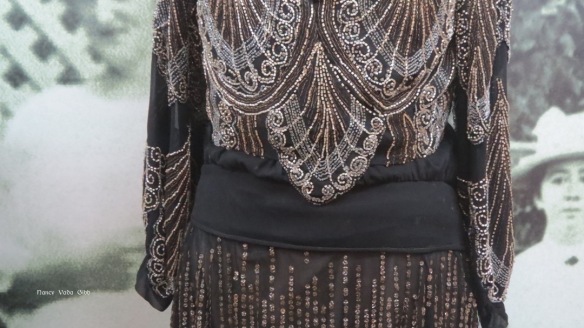 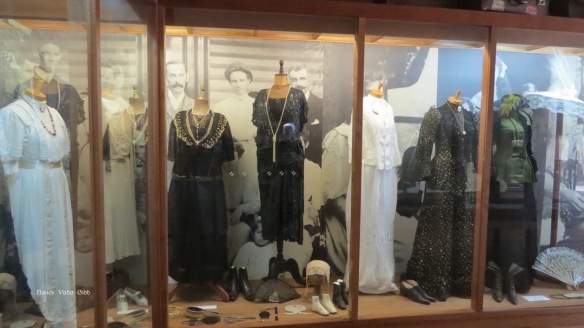 A restored hearse complete with plumes. The coffin, although vintage, was “never used”. 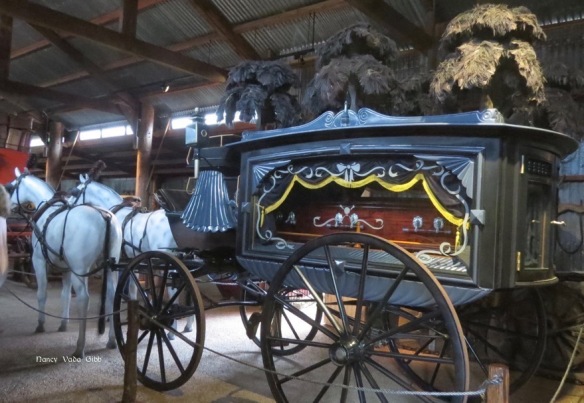 I used to love the coloured  bottles in the local chemist’s shop, in fact all coloured bottles .. 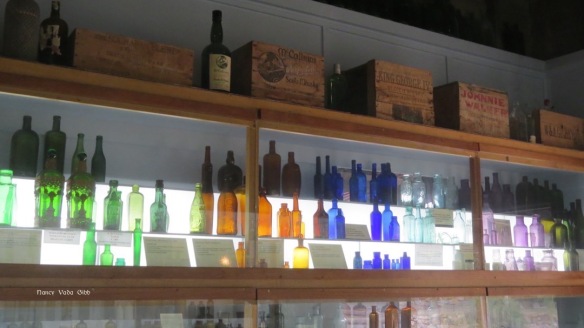 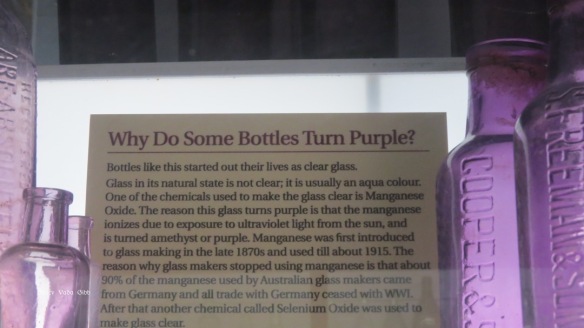 Sunlight soap signs. I will look at them differently from now on!

The toy shop … with working automaton made in Paris in 1896. The clowns move their heads and the one on top extends his legs and lifts one hand. 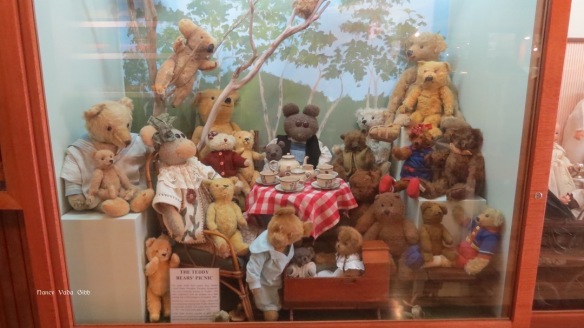 A cheque printing machine in the old bank. 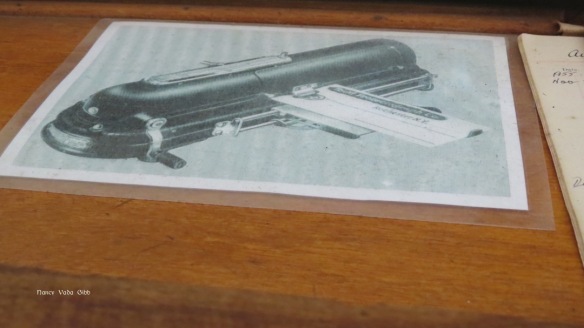 On our way ‘home’ we turned off near Tolga to visit the Bat Hospital. When I first arrived in Brisbane in about 1990 I spent time with an old school friend who was an injured wildlife carer – which included bats. I was with her when she took her orphaned flying fox which she had reared since he/she was about ten centimetres long to the bat halfway house, where he had to learn to socialise with other bats and eventually be released. So I was keen to see more bats!

Australia has more than 90 bat species and more than half are found in tropical north Queensland. They are roughly grouped into microbats and megabats (the spellcheck kept on turning that into megabits); the two groups generally have quite different lifestyles, diets and habitats.

The hospital is almost entirely self-funded (“she spent her inheritance”), depending on donations and volunteers during the busy season. On the Atherton tableland, the bat breeding season coincides with the onset of the tick season, consequently there are many tick-paralysed adult bats with babies. When we visited the season had not yet started and there were almost no babies. However we did see a few which had been brought in for other reasons. 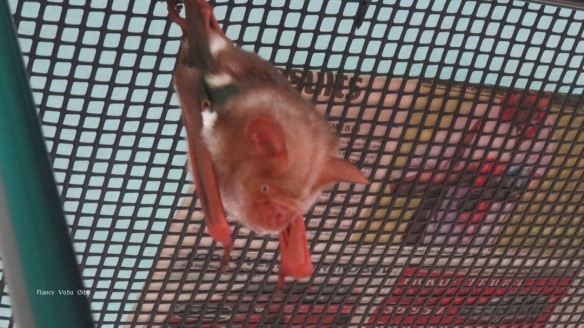 The yellow dots are camouflage to help them blend in with leaves on trees. This young one was waiting to be fed mango juice, sucking it from a syringe.

The hospital building had several dedicated rooms, with varying equipment – hanging wire racks, chains, etc – and even an incubator. All very clean and tidy and ready for the onslaught expected in a few weeks’ time. A charming young woman took time to explain everything carefully. There were also lots of informative signs.

The main attraction was a huge cage full of squeaking flurrying beady-eyed adult flying foxes, all hanging upside down among festoons of apples. This was actually the half-way house; the bats were free to go outside and fly away but preferred to stay where they were. There was provision for ‘outside’ bats too. I don’t know how many exited each night then returned.

Although a bat spends most of its life upside down, they right themselves temporarily when they want to have a pee!

This is how they get a drink – they dive-bomb the water then swoop up at the last minute, enjoy the ‘shower’ and fly up to lick the moisture off their bodies. 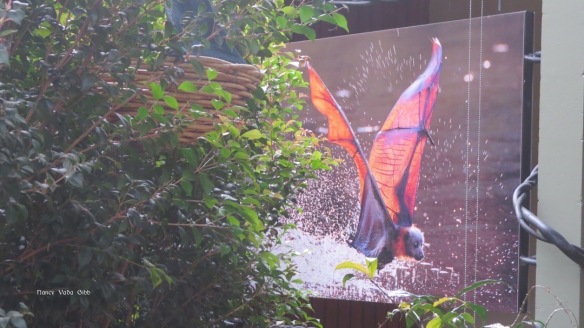