I have long wanted to revisit Charleville, 750 km SW of Brisbane. In 1971 my first husband Geoff and I just drove through, and I did not know at the time that it was where where my Great Great Uncle Louis Darchy met an untimely end. He is buried in the churchyard. I thought I might be able to locate some photos and extra information about him.

But first – we thought we would try the Bush Caravan Park (“non-smokers, must have toilet, $5/night” (!!) on the other side of town. We found it just before dusk and set up in the sunset glow. Invited to join a group around a large campfire (“there will be damper!”) the first person we saw was a woman with a cochlear implant.  Gosh they are becoming common (!). Another woman in the group round the fire was hearing impaired and told us she is on the waiting list for an implant. I usually dread these campfire gatherings with a group of strangers, but this time ….. we were still chatting away when it became too dark to see anything. And yes the damper was delicious! 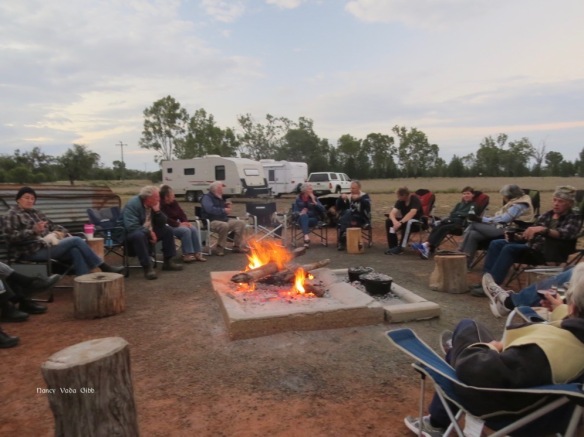 There was a small street parade for a Junior Rugby Tournament going on, but we wanted to visit the Information Centre  first … and they didn’t know anything about the parade! By the time we got back into town the parade was over anyway. Like most others we have visited, the iCentre was modern, cheerful and very helpful, with a wide range of brochures.

We visited the cemetery, but it was impossible to find Great Great Uncle Louis. I have a photo taken some years earlier by one of his descendants, which showed no headstone, just a grave marker. But since then the cemetery has been badly flooded, and many grave markers displaced. It was obvious that despite careful efforts of the cemetery trustees and their helpers, many grave locations can probably never be determined with certainty. Great Great Uncle Louis’ remains may or may not still be there … they could be many miles away down the nearby river. Probably where he would prefer to be. 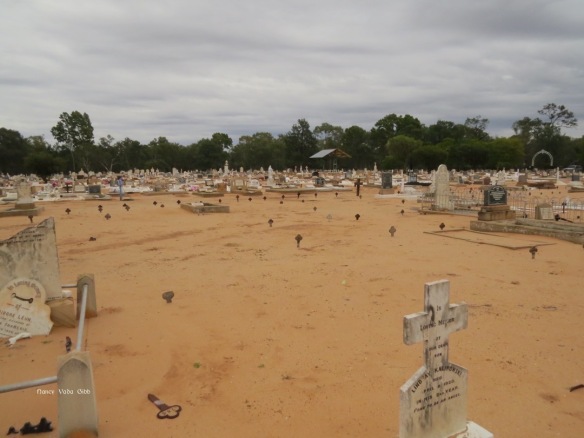 Next stop the Historic House Museum, built in 1889, “today the museum brims with the precious memories and items from the district’s pioneering families…” (Trying to get a photo of the heritage building free from modern signs etc was impossible).

Old photographs …. no wonder the streets were and still are so wide, designed so that bullock teams could turn around. 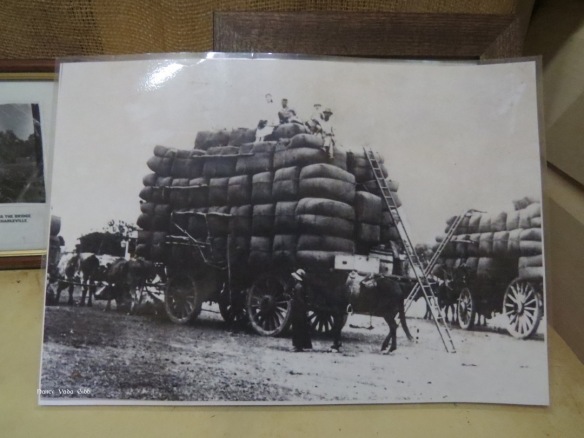 A very charming man went through all the computerised photos which the museum possessed and located a photo of Hackett’s Hotel, where Louis died in 1910. It burnt down a few years later. He also found two photos of a station homestead where Louis and his wife Anna Maria worked before they moved to Charleville.

World War Two may be a distant memory but the people of Charleville certainly celebrated the end of it. In 1945 every business in Charleville painted the V-for Victory symbol on their facades, including this old building, the Warrego Chambers, which still displays it to this day. 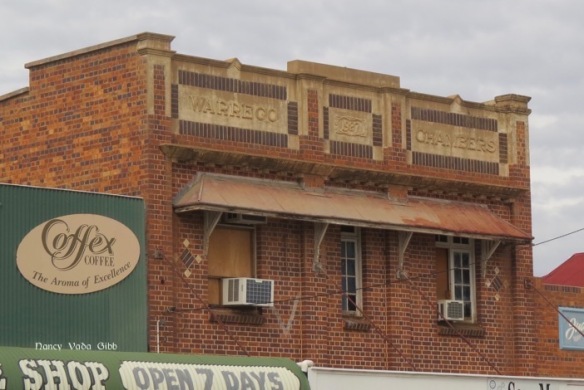 There are lots of old buildings …. the Courthouse in particular.

Back to the Bush Camp and another lovely evening with our new friends John and Leanne, with whom we were to travel during the next week. A mob of Apostle birds kept us company for a while. In the distance two kangaroos bounded away, chased by a farm dog. 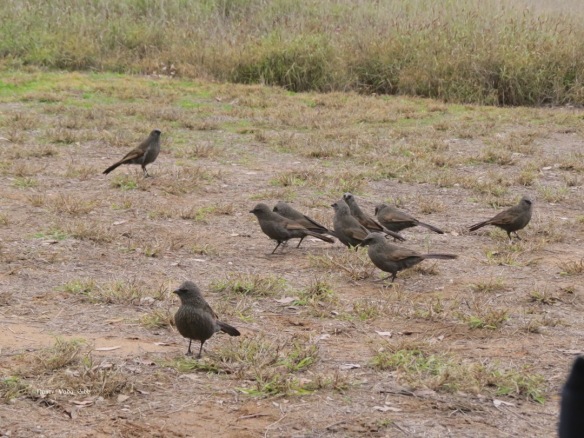