New Plymouth has many attractions quite apart from its extensive coastline with the usual fine black sand and Coastal Walkway. We admired Len Lye’s Wind Wand, swinging round gently against the bright blue sky. Lye’s kinetic sculptures are internationally recognised. The Wind Wand was erected posthumously to commemorate the Millennium. A tourist brochure declares “Almost every road that heads towards the coastline leads to a pristine uncrowded wave.”

It was too windy for us to hire a sort of phaeton-cum-bicycle to pedal gracefully along the Coastal Walkway while admiring the views, so we drove to various points instead. At East End beach a couple of windsurfers were making full use of the wind and waves. 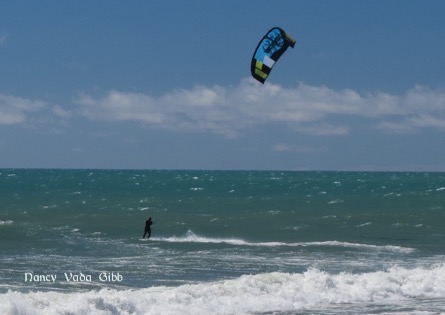 Not far out of town is the beautiful Te Rewa Rewa Bridge, opened only 5 years ago. Yet another can’t-stop-taking-photos situation rapidly developed. 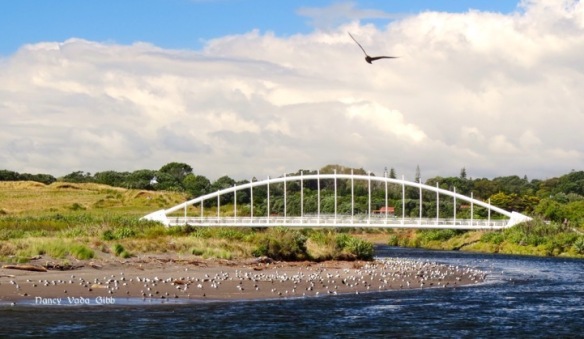 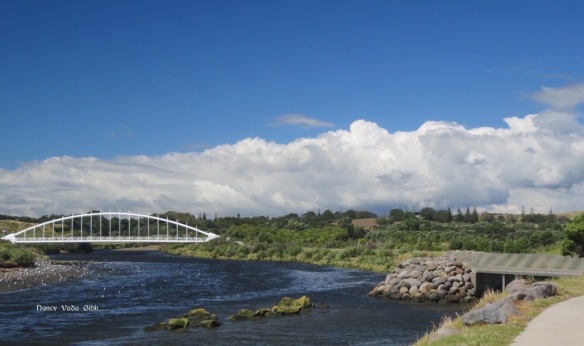 Another afternoon (we HAVE been lazy in the mornings!) we circumnavigated Mt. Egmont, aka Mt. Taranaki. The countryside to the west of the mountain is like a multitude of smallish green sandhills, very lumpy (for Lesley and other CPS field trippers, exactly like Chris N’s mud maps in real life) whereas as we discovered on the return route, the eastern side is more flat. 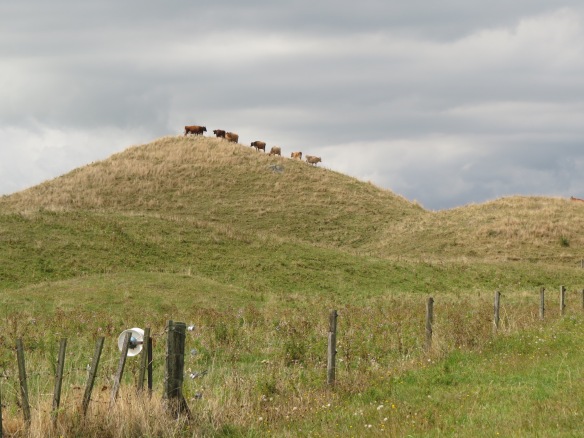 The area just north of Cape Egmont with its now-defunct lighthouse is now a boat harbour of sorts. A large clubhouse attests to its popularity, but on a weekday towards the end of summer it was deserted. 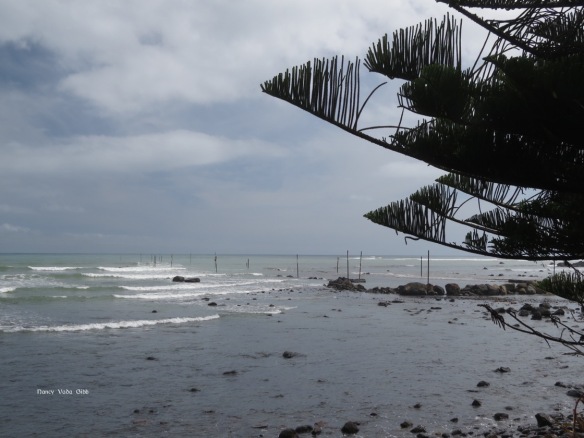 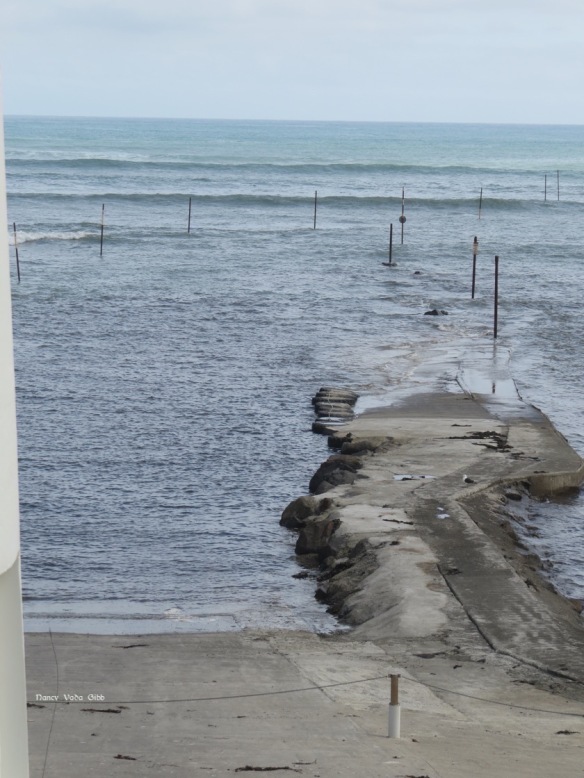 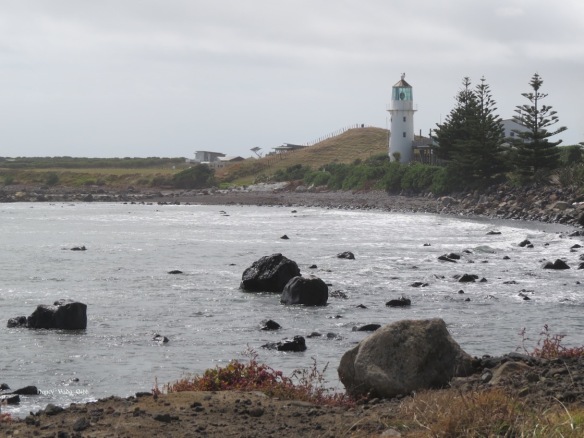 Further south was the current lighthouse, set well inland. We had a picnic lunch overlooking the roaring surf. Guineafowl strolled along beside the road. There was a shipwrecked anchor (do anchors as well as boats get shipwrecked?) a little further south but we missed it. 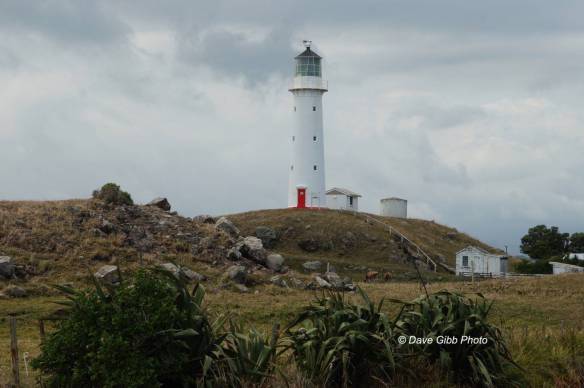 Opunake was a lovely little bay with an interesting history and lots of signs to inform us about it. Long used by the maori, the militia arrived in 1869. According to a sign a steep road from the beach to the cliff top and a 300 ft jetty were in place by 1882. It was washed away in a storm and another built in 1899, and used until 1924. The remains are in the photos.

Driving back to New Plymouth, Mt. Taranaki was playing hide and seek  .. as soon as I had my camera ready or Dave had stopped the ute, the peak disappeared.

We had reached the 7-night limit for the NZMCA camp so spent the last night before WOMAD at the Transport Museum’s POP site. This was actually ideal as power was available and we could charge up everything. The only other caravan had a cat on board but once introduced and soundly repulsed, Penny lost all interest. The cat had a cat flap not in the more usual position at the bottom of a door, but via one of the outward-opening lockers. I’m not sure what the arrangement was inside but it seemed to work.