Day 5 of the Safari we all congregated again on the rugby club pitch at Carterton. It was very hot and very crowded as the safari was joined for the occasion by local NZMCA members for a rally.

We did not take part in the main rally events but we did pay nearby Stonehenge Aotearoa a visit. “A window into the past where the visitor can rediscover the knowledge of their ancestors. It incorporates ancient Egyptian, Babyonian, Celtic and Polynesian star lore.” Hmmmm. Interesting enough but not particularly gripping. Before inspecting the modern concrete edifice we were asked to watch a 5 minute video. Not captioned, of course, so afterwards we suggested that be done, and ‘they’ were surprised, they’d been thinking of captioning in German, French, etc but in English ….?? Of course no script of the AV was available either. Such a contrast to our visit to Hobbiton. 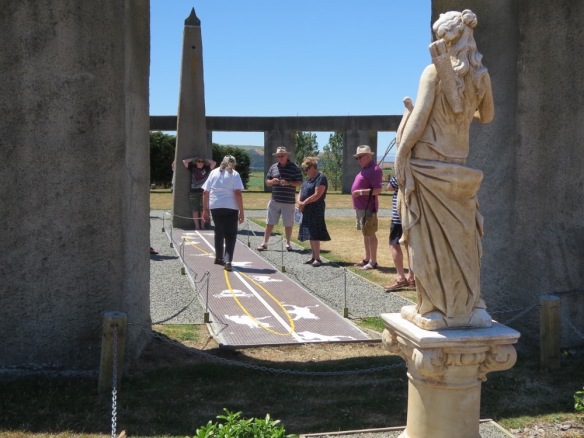 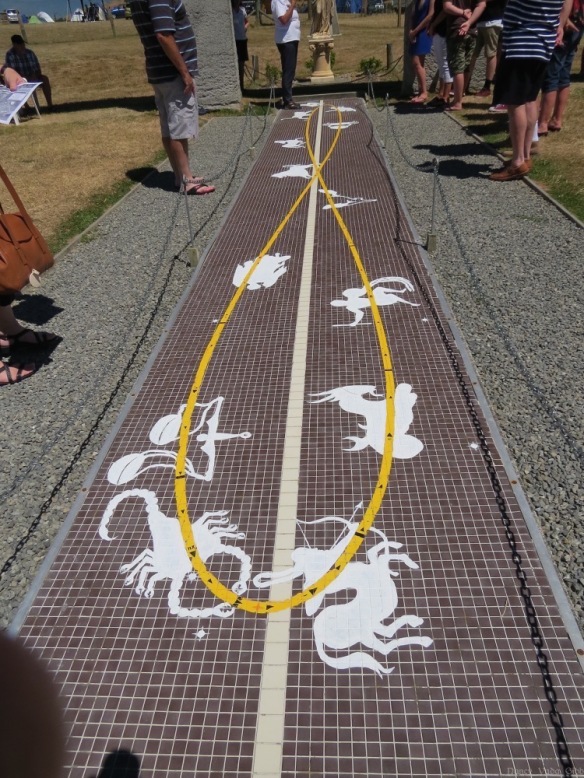 On the hill just above this fake Stonehenge was a ruined house – what happened to it? It must have once been substantial, with fabulous views over the countryside towards Carterton. My ideal location.

Spotted in a paddock near town – at first I thought the dogs were real. They are all metal cut-outs.

Wisely perhaps we did not revist Carterton’s Schoc chocolate shop (“85 flavours, from classic strawberry and caramel to lime/chilli or smoked tea!”. The heady aroma would have been enough to make us buy and buy …..

But we did have breakfast at the Wild Oats cafe in the main street. Dave as usual went for the Full Breakfast [an outright lie!!!  I usually have the Eggs Bendict!!!!](I have no idea how he manages to scoff it all). My occasional sinful treat of pancakes with blueberries and maple syrup was a hundred times better than the so-called pancakes at Taupo. Fresh home-made bread was also available. We’d go back there any time.

The next camp was up at Mangatainoka just north of Pahiatua. On the way we resisted the urge to revisit the Mount Bruce Sanctuary (it was nowhere near kaka feeding time) but did turn off to investigate what was advertised as a model railway and a cheese factory. Now THOSE were interesting!!

The railway is the work of one man who was operating it at the time we were there…. 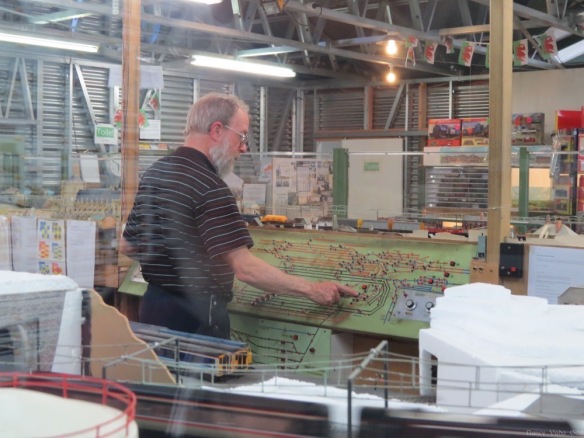 …. said to be the most extensive model railway in NZ. I have only seen one better, on the Sunshine coast in Queensland. In quite a few places there were signs saying “This is going to be ….” etc. etc. so it is going to continue being developed for years.

The cheese was what really captured my attention though. Cwmglyn Farmhouse Cheese made by Biddy Fraser-Davies …. she was the subject of a very interesting segment on Country Calendar a few years ago. As the milk is not pasteurised she has had to jump through all sorts of hoops to be permitted to sell her cheese. It won a high award at the World Cheese Awards 2013, the only NZ entrant. And it has been been served no less a person that the young Prince George. 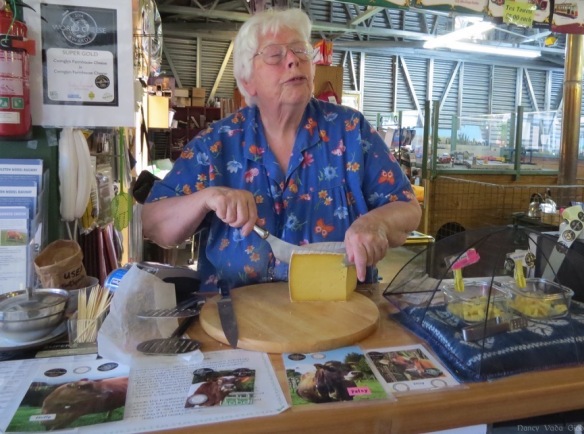 These two signs will tell the story – they were in different parts of the building. We can both attest to the fact that the cheese from one particular cow tastes different to that from a mix of 3 cows’ milk. We bought some cheese from Isobel – lovely and creamy and full-flavoured. We did not see Isobel herself, she was “up on the hill” but we did see one of the calves which will be future milk and cheese producers. 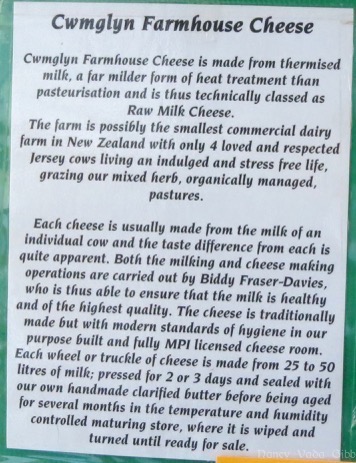 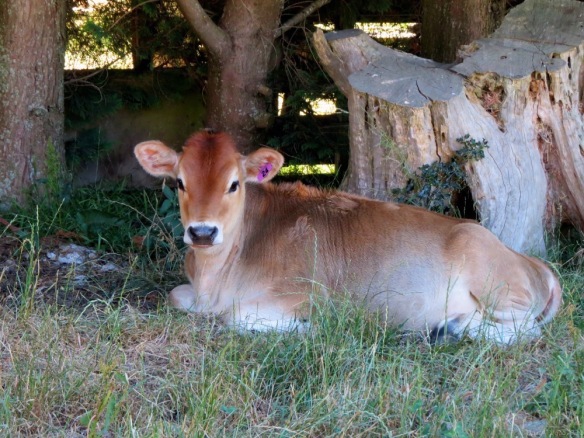 On the way out Dave spotted an old motorised Railway Jigger. My father was a Ganger on the Railways and had to do a track inspection every Saturday and I was allowed (unofficially of course) to go with him when I was 5 or 6. When I started doing this the Jiggers were propelled by hand but then the motorised version came along so it was much less work AND much faster so I was ALWAYS happy to go out on one of them so to see one sitting in the yard at the model railways brought back quite a few memories!!

A little further on a roadside monument caught our attention. It marked the site of a former Polish Children’s Camp which existed from 1944 to 1949. 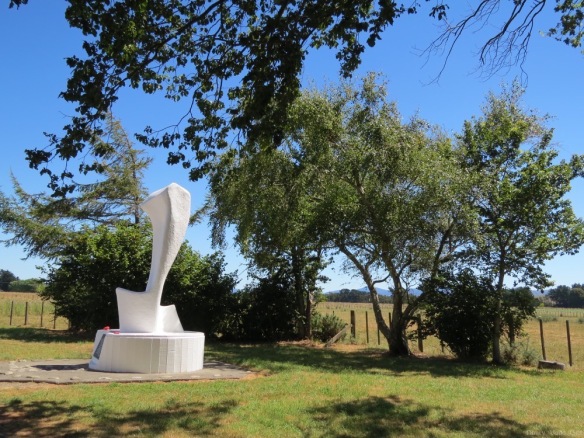 A nearby signboard in both Polish and English tells that the land was once part of the Pahiatua Racecourse, established in 1901. Soon after Pearl Harbour, it was converted to an internment camp for foreign nationals, who remained there for two years. It then became a home for 733 Polish Children and 105 accompanying adults, who made the site their home for 5 years. when the childrens’ camp was officially closed in 1949, the camp was converted into a Displaced Persons camp and remained so until 1952 when the camp was finally closed and the buildings sold for use  as barns, halls and beach cottages. The land reverted to farm land. 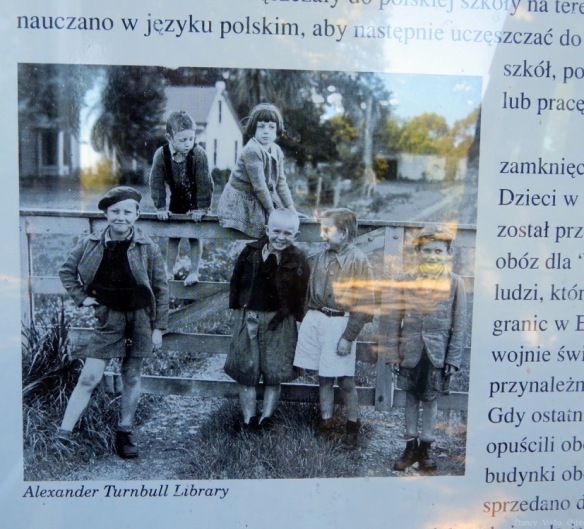 733 children and an unknown number of displaced persons who had become stateless as a result of boundary changes in Europe after WW2. I wonder how many of them now look back on this place with fond memories. [Dave: Quite a lot because they built the statuary as a reminder of their time at the camp].

Here’s a photo of our next stop on the banks of the Mangatainoka River next to the famed Tui Brewery. We are in the foreground, with the awning out. Established 1889 by Henry Wagstaff, who was smitten by the pure waters of the river. Actually it’s almost all motorhomes in the photo, caravans were supposed to go to the brewery car park but we were not informed, so were routed to the front place next to the roadway but with a nice rustic-y view of tall grass rather than lots of other motorhomes, which suited me and Penny – she because the long grass provided endless hunt-the-ball fun! 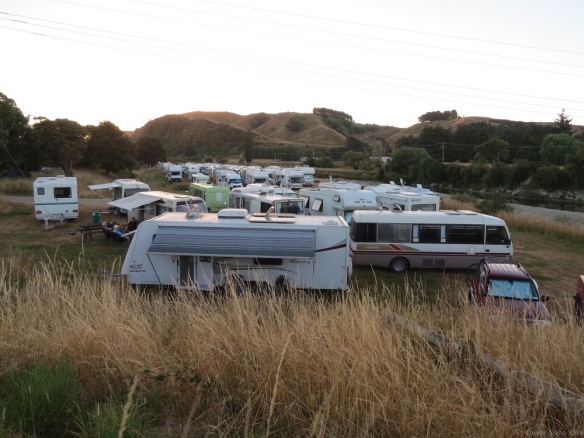 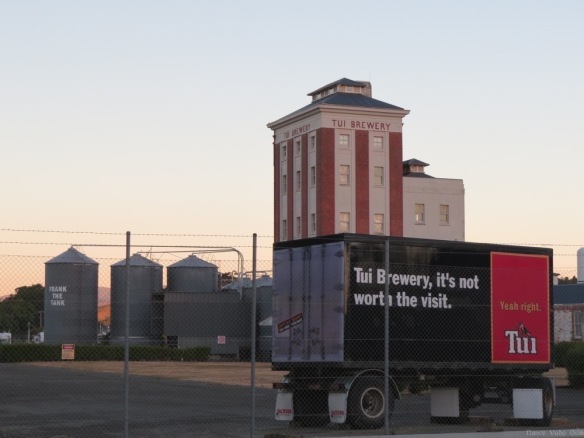 The NZMCA had arranged special brewery tours for us; I don’t know if these were truncated versions of the real thing but neither Dave nor I were particularly impressed. It seems we also picked the wrong day as all the bottling with thrilling sights of endless clunking convey belts was done on Thursdays and it was only Monday! A normal tour includes tasting 6 different types of beer but we were only offered one. I’m far from a beer drinker, but at least we both appreciated the generous ploughman’s platter ($18) at the cafe.

We left Penny in the well-ventilated ute parked in deep shade while we did the tour, and on return discovered she had chewed through her third seat belt harness, or rather the part that secures the harness to the seat belt attachment. She can roam from one side of the back seat to the other but not get into the front seats – usually! Instead of buying yet another full harness this time we took the two ends to an old-fashioned upholsterer’s shop in Pahiatua and the youngish guy there soon fixed us up with a repaired lead covered with some strengthening fabric …. any bets on how long it takes Penny to get through it?? 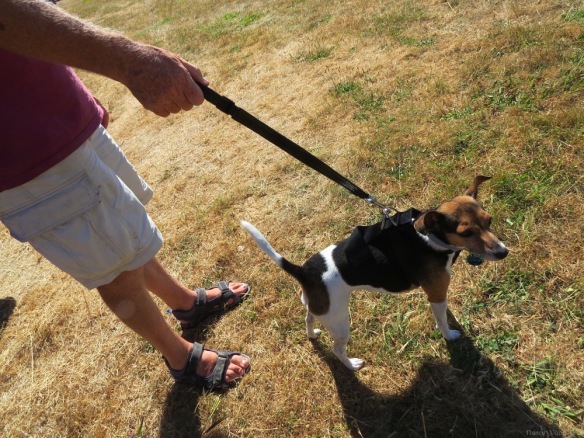 I have now “published’ this blog 3 times and been forced to edit it – too many typos, too much of a hurry …. I hope it is all now intelligible.